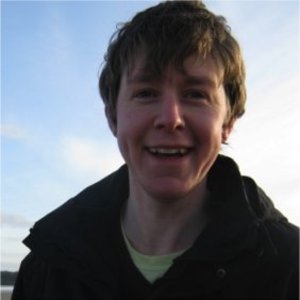 Models of plant resistance (R) gene evolution suggest a significant role for balancing selection in maintaining high levels of genetic diversity. Selection can then act on this pool of resistance gene alleles to allow plant populations to recognise a diverse range of pathogen genotypes. However, the ecology and life history of a species can have strong effects on patterns of genetic diversity across the genome, which may counter the maintenance of genetic variation through selection. In particular, intraspecific variation in mating systems can produce naturally outcrossed and inbred populations, with reduced heterozygosity at neutral genetic loci in inbred populations. This reduction in heterozygosity is expected to occur throughout the genome, including at genes important for pathogen recognition and resistance, which may reduce the potential for rapid evolution of pathogen resistance in inbred populations.

The perennial plant, Arabidopsis lyrata, displays significant variation in mating system around the North American Great Lakes resulting in naturally outcrossed and inbred populations. Using Restriction Associated DNA (RAD) sequencing, we have genotyped 4 individuals from each of six inbreeding and six outcrossing populations of A. lyrata at ~ 30000 RAD loci. Using these sequence data, we can test for reduced heterozygosity across the genomes of individuals from inbred populations. We can also use these sequence data to estimate genetic diversity at or near candidate disease resistance genes (using comparisons to the well-annotated Arabidopsis thaliana genome). These analyses will be combined with sequence data produced via PCR amplification of particular resistance genes thought to be involved in the recognition of different pathogens of the Brassicaceae. Together these data should significantly improve our understanding of the genomic consequences of shifts in mating system and its potential effects on the evolution of disease resistance.

Evolution on the move: adaptation to use a widespread host associated with responses to climate change in the UK butterfly Aricia agestis

A species’ geographical ranges typically consists of many populations differently adapted to local ecological conditions, such as the availability of particular hosts or prey. Specialization on localized resources could prevent species from colonizing new sites where the same resources are not available, limiting their capacity to track climatic changes. Consistent with this, we observe that rapid evolution of host preference as well as morphology related to increased dispersal has been associated with recent range expansion of the Brown Argus butterfly, Aricia agestis. While butterflies in long-established parts of their range exhibit local adaptation, usually showing increased preference for laying their eggs on the locally most abundant host plants, butterflies in recently-colonized areas show a consistent preference for a host plant species (Geranium molle) that is geographically widespread in the region of expansion, despite being locally rare. Reciprocal transplant experiments support these data, and show that recent colonists have lost local adaptations present in the established part of the range. Our data suggest that future anthropogenic warming can be expected to bring about a major restructuring of patterns of local adaptation, and may limit the potential for popuations to continue to evolve in the future.