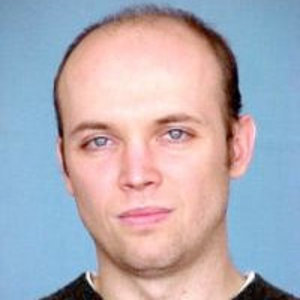 The origins of two colour polymorphisms in a wild mammal population

In a wild population of Soay sheep, that has been the focus of a >25 year field study, two coat colour polymorphisms are segregating as single locus Mendelian traits. Previously, the underlying mutations have been discovered, and it has been shown that both genes are under selection. However, the age and origins of the polymorphisms were unknown. In this talk, we show that Soay Sheep underwent admixture with more modern breeds in the 1800s, and that both polymorphisms arose through the introgression of domesticated genetic variants into the Soay population. Therefore, the current field site can be regarded as a ‘natural laboratory’ in which wild type and domesticated variants have been competing with one another for over 100 years. It is shown that domesticated variants are not necessarily less fit in the wild. More generally, admixture between domesticated and wild populations may be a common source of genetic variation, capable of providing the material required for evolutionary change and adaptation.

The genomic architecture of morphological, life history and fitness traits in two long term wild populations of great tits (Parus major) - can we find evidence for genes of major effect?

Currently there is much debate, yet relatively little empirical data, on the nature of genetic architecture of quantitative traits in wild populations. Where is additive genetic variation located in the genome? Is trait variation influenced by many genes of small effect distributed throughout the genome, or by a few genes of major effect? Do the same loci cause phenotypic variation in different populations? Great tits (Parus major) have been studied extensively in long-term studies across Europe, and are consequently considered an ecological 'model organism'. Recently, a large number of genomic resources have been developed for the great tit, including a genetic linkage map with 5,500 SNPs. In this study, we use three different marker-based approaches (partitioning of additive genetic variance across genomic regions, pedigree-based quantitative trait locus mapping and genome wide association scans) to investigate the genetic architecture of morphological, life history and fitness traits in two long-term study populations of great tit - one in The Netherlands, and the other in the United Kingdom. We demonstrate that for most quantitative traits there is little evidence of genes of major effect, and that the two populations share very similar genomic architectures.

Gene flow is strongly affected by the spatial distribution of individuals, the variability of the physical environment and social processes such as dispersal, resource competition and territoriality. Here we investigate the contributions of those forces to gene flow in foraging flocks of great tits (Parus major) for three consecutive winters. We used a total of 85602 visits of flocks to 60 feeding tables which recorded the identity of 1711 birds by radio frequency identification technology. Of those birds 962 were genotyped based on 4701 autosomal single-nucleotide polymorphisms (SNPs). For 87% of the visits we were able to genotype at least one individual. We used asymmetric eigenvector maps (AEMs) to partition the contributions of space and social structure to the allele frequencies of all 4701 SNPS in the feeding flocks while taking the previous positions of individuals into account. We were able to explain 58% of the variance in allele frequencies with AEMs. This study shows that space and social structure have a substantial effect on the distribution of alleles over subpopulations and therefore on gene flow. To our knowledge this is the first study to investigate the effect of social structure and space to gene flow at such a fine scale while accounting for previous location of the individuals. Therefore it contributes to the understanding of how social behaviour affects evolution. Next we will extract Moran’s eigenvector maps (MEMs) for the spatial locations of feeding tables and use partial redundancy analysis (AEMs as explanatory variables while controlling for MEMs) to investigate how social structure affects allele frequencies, while controlling for space. We will use variance partitioning to quantify the relative contributions of space and social structure, determine which alleles have large effects on the AEMs and check whether those alleles are in linkage disequilibrium with candidate genes or are known to correlate to environmental variables.

Habitat fragmentation is a major threat to biodiversity: by reducing population sizes and gene flow between populations it affects genetic structure and effective population size (Ne), which have important implications for population dynamics and evolutionary processes. We used natural house sparrow (Passer domesticus) populations in Norway as a model system to investigate if population type (i.e. mainland or island), geographic distance, adult population size (N), immigration rate and sex ratio explained intra- and interpopulation genetic variation and Ne of fragmented populations. Data from microsatellite genotyping across multiple populations and generations was used. Our results showed that intrapopulation genetic variation was lower and the occurrence of population bottlenecks more frequent on islands than the mainland, and the general level of genetic differentiation was higher between islands than between mainland populations, but only at shorter distances. Furthermore, genetic differentiation decreased, whereas intrapopulation genetic variation and Ne/N-ratios increased with immigration rates. Both intrapopulation genetic variation and Ne increased with population size. However, genetic Ne was much larger than demographic Ne (often even >N), probably due to a greater effect of immigration on genetic than on demographic processes. In constrast, genetic Ne for the metapopulation were within the expected range (<N), suggesting that in fragmented populations even low levels of gene flow may make the total metapopulation the appropriate scale of estimation. We also developed a genome-wide 10 000 Single Nucleotide Polymorphism (SNP) chip for the house sparrow and screened individuals from four populations. This demonstrated that genome-wide marker data gave results similar to microsatellites. Our results are relevant for a better understanding of evolutionary processes and hence conservation of threatened populations.

Sexual selection is assumed to be a source of strong and sustained directional selection in the wild, and is expected to lead to a decrease in underlying genetic variation. However, there is often considerable genetic variation in sexually-selected traits in wild populations and consequently, this phenomenon has become a long-discussed paradox in the field of evolutionary biology. In wild Soay sheep, large horns confer an advantage in strong intra-sexual competition, yet both sexes have an inherited polymorphism for horn type and have substantial genetic variation in their horn size. We pinpointed the causal genetic mechanisms influencing horn development using genome-wide association studies (GWAS) and fine-scale SNP genotyping. This allowed us to test the most commonly proposed explanations for the maintenance of sexually-selected genetic variation, such as genic capture (“good genes”), sexually antagonistic selection, and trade-offs between sexual and non-sexual fitness (i.e. reproductive success vs. survival). I present the evidence for and against these mechanisms in the Soay sheep population, and discuss the applications of these findings to other wild populations.