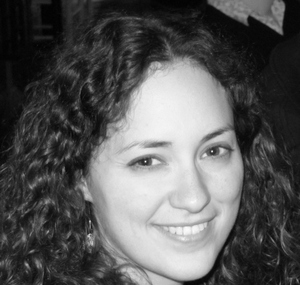 Host-parasite evolutionary dynamics are typically considered as binary interactions. In nature, most organisms are infected by multiple parasites (“co-infection”), and evolution will thus be driven by a network of antagonistic interactions. Given the fitness consequences of within-host competition and host immunity, we hypothesized that co-infections would change the trajectory of parasite evolution. We tested this using experimental evolution of a lab community – worm host and co-infecting gut bacteria, Staphylococcus aureus and Enterococcus faecalis. Co-infection altered the evolutionary trajectories of both parasite species. Additionally, we find that evolving resident gut bacteria may aid in defending the host from virulent co-infecting parasites. We conclude that understanding and predicting host-parasite evolution requires knowledge of other parasites in the system.

Symbiont Mediated Extinction: examining the spread and effects of a male-killer

The ubiquity of reproductive manipulating symbionts in arthropods makes them a key component in the ecology and evolution of natural populations. Yet questions surround the dynamics of symbiont spread within and between host populations, and the extent to which their phenotype influences host populations in ecological time remains enigmatic. Ultimately these two issues are linked, since the severity of the symbiont’s effect on its host population will be determined by its prevalence, which is a product of its transmission dynamics. These organisms, which manipulate the reproductive biology of their host to aid their own transmission, have a dramatic impact on key fitness traits of their host such as sex-ratio, reproductive behaviors and fecundity. They are therefore an important selection pressure on the host population and, by terminally reducing the effective population size through a combination of these effects, they have the potential to drive their host to extinction.

Here we experimentally investigate the spread, maintenance and loss of a heritable male-killing symbiont under differing transmission regimes. We demonstrate that ecological conditions favouring the spread of the male-killing symbiont, Arsenophonus nasoniae, reduced the effective host population size through male-death, causing severe bottlenecks and eventually driving experimental wasp populations extinct. If reproductive symbionts can sweep to near fixation in local populations, such microbes can have catastrophic effects on the survival of their hosts in the field. This study highlights the potential importance of other symbionts or sex-ratio distorters in the persistence of natural populations.