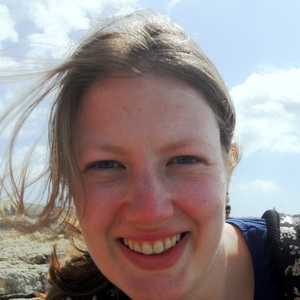 Most studies of selection in experimental populations so far have focused on long term selection pressures of relatively small effect. In this study we use the parasitoid Asobara tabida as a strong, fast and ecologically relevant selection pressure on four replicate selection lines derived from an outbred, natural population of Drosophila melanogaster. Parasitoids are insects whose larvae feed on a host in order to complete development and in this process kill the host. In the Drosophila genus the ability to successfully induce an immune response to encapsulate and melanize a parasitoid egg, is present in the melanogaster subgroup, where D. melanogaster shows a high level of variation in immune defense.

By combining artificial selection and whole genome HT-sequencing we identified several genomic regions carrying a signature of selection. In these selected regions we selected candidate genes associated with one or more significant SNPs, which potentially confer increased resistance against parasitoid attack. We propose that a 600kb region on chromosome 2R is a region of major effect on parasitoid defense, as it is highly enriched in highly significant SNPs.

The power of our approach is that we use replicated artificial selection experiments and a natural selective agent on an outbred D. melanogaster strain. This enables us to show very narrow genomic ranges that have been affected by selection, even under such a fast and strong selective regime. In addition to providing a much more detailed insight in how rapid evolution impacts the genome, it has also given us specific hypothesis on the genes and genomic regions that confer higher defenses against parasitoids.

With the availability of genome sequences of closely related species and the tools to investigate genome changes, we have come closer to understand the complexity of the evolutionary history of immune systems. We investigate the genomic changes associated with the evolution of cellular immunity in the Drosophila genus, focusing on the ability to encapsulate and melanize parasitoid eggs. While parasitoid wasps are widely distributed and a common threat for many insects, within the Drosophila genus there is large variation in encapsulation ability, from completely absent in some species to high resistance in others. Through a combination of parasitization-experiments and comparative genomics we found that the ability to encapsulate parasitoid eggs has evolved in a branch of the Drosophila lineage and has subsequently been lost in one species of this group. The evolution of this trait is associated with the acquiring of a special type of differentiated blood cells, the lamellocytes. Some key genes that play important roles in the cellular immune defense are found to be restricted to this taxonomic group, and show large-scale sequence changes in the species that lost the ability to resist against parasitoids. Variation in resistance is not only present at the inter-species level but also between populations inside one species. Understanding the source of this variation requires a better understanding of the mapping from the genome sequences to the phenotypic pattern. For this, we are currently comparing the transcriptome (RNAseq) after parasitization with the wasp Asobara tabida of 4 species and 2 artificially selected lines for increase resistance. This set of data will allow us to contrast the long term variation found between species with the short term evolution found in the selected lines.