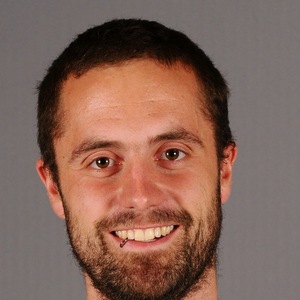 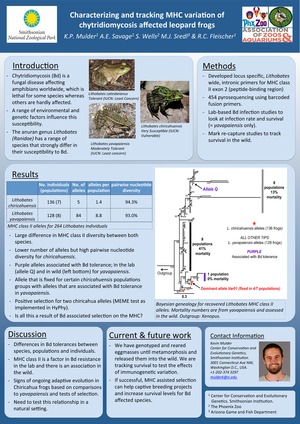 The amphibian disease chytridiomycosis caused by the fungus Batrachochytrium dendrobatidis (Bd) has contributed to the decline and extirpation of numerous populations of Chiricahua leopard frogs (Lithobates chiricahuensis), an endangered species native to the Southwestern United States and Northern Mexico. Conservation efforts have focused on captive rearing of wild-caught egg masses and subsequent release following metamorphosis (called head-starting) to increase population sizes across the species range. The survival rate of released individuals is, however, heavily dependent on their ability to combat chytridiomycosis. In captivity, populations of other species of leopard frogs show differential survival to experimental Bd infections dependent on their genetic variation in the major histocompatability complex (MHC), a highly variable gene family in vertebrates known to be important in pathogen resistance. We used single locus 454 pyrosequencing to characterize MHC genetic variation in head-started Chiricahua leopard frogs that will be released and monitored for one year to determine survival rates and identify alleles that confer an advantage against Bd in a natural environment. This information will be used to identify candidate resistance alleles and add MHC-based marker assisted selection to captive breeding efforts, with the goal of increasing the success rate of head-starting efforts and mitigating the impact of Bd on natural populations of both Chiricahua leopard frogs as well as other amphibian species affected by chrytridiomycosis. This is a case study of how evolutionary genetic analyses of adaptive markers can assist conservation efforts in captive breeding.