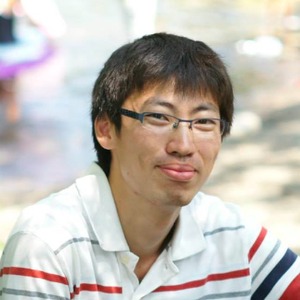 Developmental mechanisms and evolution of shell coiling in gastropods 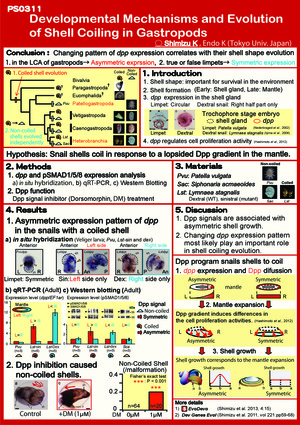 Various shapes of gastropod shells have evolved ever since the Cambrian. Although theoretical analyses of shell morphogenesis exist, the molecular basis of shell development remains unclear. In order to understand developmental mechanisms and evolution of shell formation in gastropods, we focused on the decapentaplegic (dpp) gene that is expressed around the shell gland. We compared expression patterns of dpp in the shell gland and the mantle tissues at various developmental stages between coiled and non-coiled shelled gastropods. In the limpets, Patella vulgata and Nipponacmea fuscoviridis, dpp showed symmetric expression patterns throughout ontogeny. On the other hand, in the coiled shelled snail Lymnaea stagnalis, dpp showed asymmetric expression and mirror image patterns between the dextral and sinistral lineages. Moreover, we analyzed the functions of dpp using the Dpp signal inhibitor dorsomorphin. When the embryos were treated with Dpp signal inhibitor at the trochophore or veliger stage after the shell gland formation, juvenile shells grew to show a cone-like form rather than a normal coiled form. These results suggest that the shell coiling is controlled by dpp, and that the loss of coiling in Patellogastropoda was caused by loss of the asymmetric expression of dpp in the shell gland at the trochophore stage, which lead to symmetric dpp expression at the veliger and adult stages.