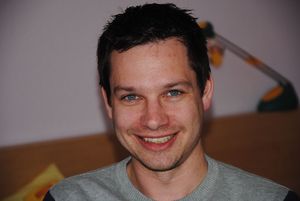 Eco-evolutionary dynamics and the evolution of sex

Understanding the evolutionary advantage of sexual reproduction, as well as its maintenance and widespread occurrence, remain key areas of focus within evolutionary biology. Given the associated costs of sex, including the break-down of potentially beneficial genetic associations via recombination and the time-consuming process of finding a suitable mate, the fundamental question “why sex?” persists. Despite this, complete asexuality in the eukaryotic kingdom is rare and a substantial number of species rely on sex as the sole mode of reproduction. Previous studies have shown sex to confer an advantage in populations exposed to novel environments or intense selective stressors, as recombination can increase genetic variation, thereby facilitating increased rates of adaptation. Asexual populations may reproduce faster, but must then rely on standing genetic variation, which may be very low, and/or novel mutations to supply variation necessary for adaptation, which may happen slowly or not at all. Theoretical models based on these ideas require empirical validation; an effective research framework to study such evolutionary processes in real time would be to combine experimental evolution with ecogenomic analyses as a way to test for adaptive evolution and link phenotype with genotype for ecologically-relevant traits. The purpose of this project is to carry out such a study by using the predator-prey model system of rotifers, Brachionus calyciflorus, and unicellular green alga, Chlamydomonas reinhardtii, to test for adaptive evolutionary responses to rotifer predation in both sexual and asexual lines of alga. Through the use of next-generation sequencing technology and bioinformatics, we aim to better understand the underlying genetic basis of adaptive traits, with respect to defense, in C. reinhardtii. In turn, these results may help to elucidate the evolutionary consequences of sexual versus asexual reproduction, and we can better answer, “Why sex?”

It is known that rapid evolutionary processes can play a critical role in host-parasite interactions. Growing evidence suggests that rapid evolutionary change can influences species interactions and thus population dynamics. Here we present results from an experiment with freshwater algal-virus systems, where we examine the role of evolution on host-parasite dynamics for dozens of generations. We followed population dynamics in long-term chemostat experiments, where Chlorella variabilis populations were infected with Chloroviruses. Additional time shift experiments allowed distinguishing the evolution of new genotypes from phenotypic responses to infections. We found that high virus densities selected for resistant host genotypes but that the resistance comes at a cost of reduced competitive abilities. The trade-off between resistance and reduced competitive abilities resulted then in the coexistence of multiple host genotypes and ultimately in the stabilization of the host-parasite dynamics. Thus rapid evolution of host-resistance not only altered the population dynamics but also the maintenance of different genotypes in the host population. Our results underline the importance of rapid evolutionary change for species interactions and population dynamics even on ecological time scales.