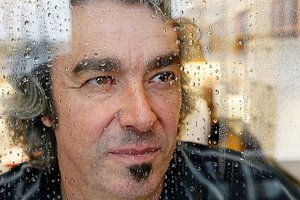 Applied evolutionary genomics in fish conservation: some success stories and challenges for the future

Conservation genetics has been defined as the application of genetics to preserve species as dynamic entities capable of coping with environmental change. Towards this end, molecular data can play two fundamental roles. The first one, inventorial, pertains to documenting patterns and has driven much of what we have accomplished until now. The second, mechanistic, refers to deciphering evolutionary processes underlying those patterns, is still in its infancy and this is where most of us put big hopes in the use of modern, high throughput genomics methods. Ultimately, we aim at finding causal relationships between genetic variation, phenotypes and the environment to predict future dynamics of selectively important variation and potential for adaptation to new conditions. In this presentation, I will illustrate some of the progress that we have made towards this end from our own research on fish conservation and management, and will comment on the main challenges that remains to be circumvented, no matter the power and resolution of the current genomics methods at hands.

Identifying genes of adaptive significance in a changing environment is a major focus of ecological genomics. Such efforts were restricted, until recently, to researchers studying a small group of model organisms or closely related taxa. With the advent of next generation sequencing (NGS), genomes and transcriptomes of virtually any species are now available for studies of adaptive evolution. We experimentally manipulated temperature conditions for two species of Australian rainbowfish (Melanotaenia duboulayi and M. fluviatilis) and measured differences in RNA transcription between control and high temperature groups. These nonmigratory species are found across a latitudinal thermal gradient in nonoverlapping areas of eastern Australia and are predicted to be negatively impacted by ongoing environmental and climatic change. Using next generation RNAseq technologies on an Illumina HiSeq2000 platform, we assembled a de novo transcriptome, mapped reads back to this transcriptome and tested for differential expression across the treatment groups. Quality of the assembly was high with a N50 length of 1856 bases. Of the 107,749 assembled contigs, we identified 4251 that were differentially expressed according to a consensus of four different mapping and significance testing approaches. Once duplicate isoforms were removed, we were able to annotate 614 up-regulated transfrags and 349 that showed reduced expression in the higher temperature group. Annotated blast matches reveal that differentially expressed genes correspond to critical metabolic pathways previously shown to be important for temperature tolerance in other fish species. Interestingly, the two sister species returned a similar list of differentially expressed genes. Our results indicate that rainbowfish exhibit predictable plastic regulatory responses to temperature stress and the genes we identified provide excellent candidates for investigations of population adaptation to increasing temperatures.

Speciation history of the Atlantic eels

Allopatric speciation has generally been considered the most prominent process for the evolution of new species. Although evidence for sympatric speciation has increased recently it is still controversial to what degree it occurs in nature. Hence, it is generally accepted that allopatric speciation should be the null hypothesis against which sympatric speciation is tested. Marine environments often have no obvious geographic barriers, which makes sympatric speciation a likely scenario. However, only few marine organisms have the characteristics that make them good candidates for testing mode of speciation. The European and American eel (Anguilla anguilla and A. rostrata) are panmictic species that spawn in the Sargasso Sea. Their spawning area and time overlap considerably. Hybrids are rarely observed, indicating reproductive barriers. In this study we conduct whole mitochondrial genome and RAD sequencing to investigate the speciation history of the two Atlantic species of eel. Using coalescence based analyses we estimate divergence time to test the hypothesis that speciation occurred long time ago in sympatry. As a result of continental drift the distance between the spawning grounds increased, causing selection on e.g. duration of the larval phase. The alternative hypothesis concerns speciation in allopatry during the Pleistocene. Glaciations significantly decreased the amount of available habitats in coastal regions and freshwater bodies. Hence, population size is likely to have undergone a severe decrease. The smaller population sizes of European and American populations would result in reduced overlap of spawning area leading to reproductive isolation. The impact of the last glaciation on effective population size is assessed by conducting Bayesian skyline plots based on the mtDNA. Finally, patterns of genome-wide selection between the two species are analyzed using RAD sequence data in order to detect genes and genomic regions involved in speciation.