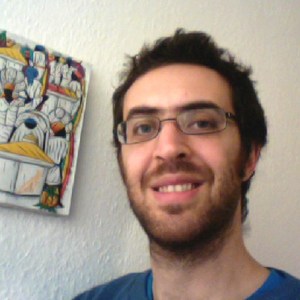 Evolution of discrete phenotypes from continuous norms of reaction

Discrete phenotypic variation often involves threshold expression of a trait with polygenic inheritance. How such discrete polyphenisms evolve starting from continuously varying phenotypes has received little theoretical attention. We model the evolution of sigmoid norms of reaction in response to variation in an underlying trait, or in a continuous environment, to identify conditions for the evolution of discontinuity. For traits with expression depending on a randomly varying underlying factor such as developmental noise, polyphenism is unstable under constant phenotypic selection for two selective peaks, and reaction norm evolution results in a phenotypic distribution concentrated at only one peak. But with frequency-dependent selection between two adaptive peaks, a steep threshold maintaining polyphenism generally evolves. For inducible plastic traits with expression conditioned on an environmental variable that also affects phenotypic selection, the steepness of the evolved reaction norm depends both on the differentiation of the environment in time or space, and on its predictability between development and selection, while bimodality of the environment has little effect per se. Together with recent measurements of genetic variance of threshold steepness, these predictions suggest that quasi-discrete phenotypic variation may often evolve from continuous norms of reactions, rather than being an intrinsic property of development.

Is your niche really yours? Symbiotic microbes determine adaptation to the abiotic environment

The fundamental niche delineates the environmental conditions where a given species/genotype can thrive in absence of biotic interactions (competitor, predators). One central tenet of evolutionary ecology is that the abiotic niche of a genotype results from its adaptation to these conditions. However, symbiosis raises the alternative possibility that a host’s abiotic niche is instead determined by its interactor’s adaptation to the environment. We investigate this question with gut microbiota as the symbiotic interactor. Specifically, our experiments on Artemia franciscana, (a small branchiopod from hypersaline environments), reveal that reduced survival at low salinity is caused by poor growth of gut microbiota. This effect is only seen when A. franciscana are fed with algae: axenic A. franciscana fed on yeast do not exhibit a drop in survival at low salinity. We provide further evidence that the gut flora is involved in the digestion of algae (the main food source of Artemia), and that its population dynamics are strongly affected by salinity. These findings shed a new light on the ‘low salinity paradox’ in this genus: because Artemia have a non-salty hemolymph (they are derived from freshwater branchiopods), they would be expected to perform well at low salinity. We propose that their performance at low salinity is in fact not determined by salt-related physiology, but by microbiota-mediated digestion of algae.