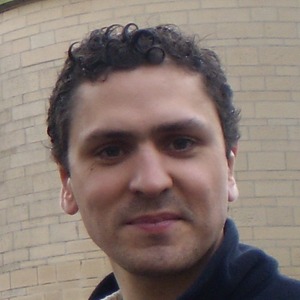 Ludovic DUvaux, Carole Smadja, Julia Ferrari, Within and between species, multigene families (MF) are known to be highly diverse in terms of both Copy Number Variation (CNV) and allelic diversity. Accordingly, within and between population diversities of MF have a strong potential to result from, or to fuel, local adaptation – and possibly speciation. However, these diversities have seldom been contrasted and their relative evolutionary dynamics remain poorly understood. The host-plant races of the pea aphid provide an excellent system to understand these dynamics in the context of speciation with gene flow. Notably, Chemosensory MF (CMF) – e.g. Olfactory Receptors (OR), Gustatory Receptors (GR), Odorant Binding Proteins (OBP) – are critically important for specific host plant recognition, i.e. putatively a main cause of reproductive isolation. We sequenced 120 individuals from 8 races using a target enrichment protocol and Solexa sequencing – guaranteeing a median coverage of 150X. In doing so, we assessed CNV and nucleotidic diversity at about 3000 exons (from CMF, other MF and control genes) and 650 promoters of CMF genes. Preliminary results show CNV is widespread, as it occurs in 65% of all exons (even surprisingly up to 57% for control exons). As with SNPs in single copy genes, most CNV in non CMF genes is shared among races. In contrast, for targets linked to chemosensory genes – notably GR exons and promoters – CNV tends to structure by race. Also, the rate of duplication appears higher for CMF: OR, OBP and promoters show significantly more CNV than other MF. Together, these results suggest that many CMF genes may evolve under positive selection and contribute to adaptation to host plants. In order to better understand the genetic basis of adaptation, work is ongoing to link patterns of CNV (i) to the history of gene flow between races; and (ii) to observed differences in gene expression within and between races across native and non-native host plants.

When closely related species occur with parapatric or sympatric distributions, allele sharing between them might due to retention of ancestral polymorphism because of incomplete lineage sorting and/or recurrent gene flow following secondary contact. One difficulty for studying speciation is to distinguish between the two. Here, genetic polymorphisms at multiple intronic sequences of two closely related pines (Pinus massoniana Lamb. and P. hwangshanensis Hisa) with overlapping distributions were employed to address this issue. First, we compared the patterns of genetic diversity, linkage disequilibrium (LD), differentiation and population structure in parapatric and allopatric populations of the two pines. Approximate Bayesian Computation (ABC) was then employed in defining demographic and speciation models. Parapatric populations harbored higher levels of intraspecific genetic diversity, lower levels of interspecific differentiation and more rapid decay of LD than allopatric populations. Population structure analyses revealed more introgression in parapatric populations than that in allopatric populations. Model selection based on ABC suggested that the two species came into secondary contact about 10000 generations ago and gradually spread to reach the current patterns of overlapping distributions. Taken together, allele sharing between these two closely related parapatric pines might due to secondary introgression rather than incomplete lineage sorting.