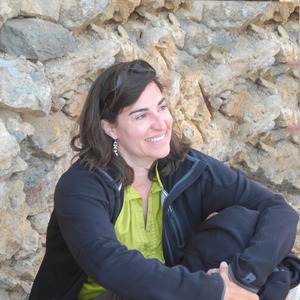 Testing the when, where, and how of divergence with species-specific predictions of genetic variation under alternative hypotheses

Recent developments at the molecular level, as well as computational advances that include the forging of diverse approaches, have the potential to dramatically increase the insights of phylogeographic studies. I will describe one such approach – namely, testing hypotheses based on species-specific predictions about patterns of genetic variation under different scenarios. By example, I will show how the coupling of species distributional models with demographic and genetic models can be used to test alternative hypotheses in an endemic lizard from southwest Australia, Lerista lineopunctulata, about the role of geographic, environmental, and changing climatic conditions in structuring genetic variation across the landscape. Because the lizard is distributed along the coastal sand plain or dunes, a habitat that is discontinuous today and that has shifted over time, it is conceivable that population genetic divergence could reflect the contemporary habitat configuration, which limits migration among the small geographically isolated populations, or colonization processes associated with historical shifts in the species distribution, given that a habitat specialist would track climate-induced habitat shifts. With the modeling of these alternative scenarios and tests of multilocus data using approximate Bayesian computation, I show that the dynamic history of shifting environmental conditions since the last glacial maximum, not the geographic configuration or populations or the contemporary environment itself, is the primary factor structuring genetic variation. I also highlight how this approach can be expanded to multiple species, where the goal is not to quantify concordance, as with traditional comparative phylogeographic approaches, but instead to understand why patterns of genetic variation are (or are not) similar across species.