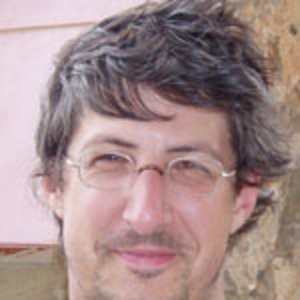 A resource allocation trade-off between investment towards the male and the female function is a fundamental assumption of sex allocation theory for simultaneous hermaphrodites, but there is currently limited empirical support for it, especially among animals. Here we experimentally manipulated testicular and ovarian function in the free-living flatworm, Macrostomum lignano, and subsequently tested for the occurrence of the sex allocation trade-off. Specifically, we used RNA interference—by soaking worms in a solution of double-stranded RNA—to knock down the expression of specific candidate genes, which we identified in two ways. First, we screened 11 gonad-specific candidate genes obtained from a published microarray study in the distantly related planarian flatworm, Schmidtea mediterranea. Seven of these candidate genes had testis-specific expression in M. lignano, and the knockdown of five of these had evident effects on testicular function. The most prevalent effect was a disruption of sperm production, which for one candidate gene was accompanied by an increase in ovary size. Second, using an RNA-Seq screen in M. lignano we identified a candidate gene with ovary-specific expression, knockdown of which prevented the formation of yolk in developing oocytes and also resulted in larger testes (and a trend for a higher sperm production rate). Both of our approaches thus yielded candidate genes whose knockdown uncovered sex allocation trade-offs (notably via manipulation of both the male and the female function). This, to our knowledge, is the first study to use phenotypic engineering of testicular and ovarian function to empirically test the trade-off assumption of sex allocation theory. Furthermore, our results suggest that disrupting the function of one gonad does not necessarily lead to a trade-off, possibly because some types of disruption do not liberate resources that become available to the opposite function.

Predicting an organism’s optimal sex allocation has long been a central concern of evolutionary biology research. In simultaneous hermaphrodites, the question concerns the balance of investment into the male versus the female sex function. Theory predicts that individuals should bias investment more towards the male function as the number of available mates increases, and this is indeed a well-documented phenotypically plastic response in the free-living flatworm Macrostomum lignano. However, the details of how sex allocation plasticity is achieved at a molecular level are currently unknown. To address this, we performed an RNA-Seq experiment on worms raised in different social environments (i.e. in isolation, in pairs or in octets), known to lead to different optimal sex allocations, and investigate how these worms respond on a transcriptome scale. We demonstrate that up to 10% of all known transcripts are differentially expressed between different social environments, with this figure rising to >30% for gonad-specific genes that are presumably directly involved in the switch away from oogenesis towards spermatogenesis under increased mating group size. As predicted, most differentially expressed testis-specific genes are upregulated in larger groups, and most differentially expressed ovary-specific genes are downregulated in larger groups (although there are some notable exceptions to this general pattern). Moreover, we identify many tail-specific genes that are upregulated in larger groups, many of which are prostate-specific genes involved in seminal fluid production, a previously unquantified aspect of male allocation. Our data provide a rich repertoire of candidate genes for functional characterization in the context of the control of gametogenesis and sex allocation (which we can now investigate using RNAi and other tools available in this system), and offer broad insights into the molecular underpinnings of phenotypic plasticity.

Classical sex roles are often assumed to apply to all sexually reproducing organisms with males being typically more eager to mate whereas females being more choosy. For simultaneous hermaphrodites this implies that mating should be more beneficial for the male than for the female sex function, but empirical tests are scarce. Specifically, a high mating activity (mating success) is expected to lead to the successful transfer of numerous sperm cells (insemination success) and thus to the fertilization of numerous eggs (fertilization success), jointly leading to a high male reproductive success. These consecutive episodes of sexual selection are often challenging to quantify separately, especially given the generally cryptic nature of post-copulatory processes, usually occurring inside the sperm recipient. A recently established transgenic line in the transparent flatworm Macrostomum lignano expresses green fluorescent protein (GFP) in all cell types, including the spermatozoa, which enables us to observe the mating interactions, the number of sperm received from a GFP-expressing mating partner and the resulting offspring produced (as the GFP locus is a dominant marker). We created 72 groups of 5 individuals, including one focal GFP-expressing individual, and assessed the mating success, the insemination success and the male and female reproductive success of these focals, of which we also measured a suite of morphological traits (including testis and ovary size, as well as the morphology of the male copulatory organ and the sperm cells). We aim to quantify (1) how mating success affects male and female reproductive success, (2) how mating success, insemination success and fertilization success contribute to male reproductive success, and (3) how these episodes of selection are affected by specific morphological traits. To our knowledge, this is the first study that quantifies all of the above mentioned episodes of sexual selection in a same individual.