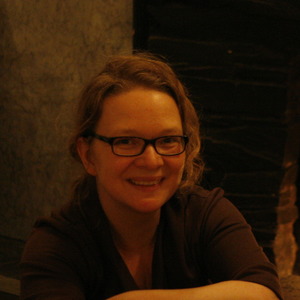 The pollinating insects – a diverse group comprising honeybees, bumblebees, hoverflies and many more – form a key group that is both crucial for guaranteeing our food security and for maintaining natural biodiversity. Many pollinator populations have been in decline over recent years and decades. Besides the obvious factors of habitat loss and change of land usage, infectious diseases and parasites have increasingly come into the limelight as potential causes of these declines. Rapidly evolving RNA viruses may be of particular importance, as they have been shown to be at the highest risk of causing emerging diseases. At the same time, such viruses can also be seen as a population genetic tool for studying the history of pollinator populations: quickly evolving viruses that are closely associated with their hosts allow host demographics to be reconstructed in the past. Here, I have used Acute Bee Paralysis Virus to study the pathogen transmission dynamics within bumblebee species communities consisting of rare and common species. Phylodynamic analyses reveal that this virus is commonly transmitted between species and that past epidemics may have contributed to range contractions. Rare and isolated species showed a high pathogen load whereas common species where relatively unaffected. This illustrates how non-specific pathogens may be able to shape species communities and how such coevolving pathogens may be used as monitoring tools to infer the history of species communities.

Coevolutionary arms races are predicted to lead to rapid evolutionary changes in both competing partners, with the host evolving resistance mechanisms giving rise to counter-adaptations in the parasite and vice versa. This process may lead to specificity in genetic interactions, where the outcome of an infection depends on the genotype of both the host and parasite. We have studied the genetic basis of resistance to parasite replication in an insect virus. The sigma virus is a natural parasite of Drosophila melanogaster, which is vertically transmitted and tightly coevolved with its host. We mapped a major-effect polymorphism previously known as the ref(3)d locus to a region containing the two paralogous genes CHKov1 and CHKov2. In a panel of inbred fly lines, we found that a transposable element insertion in the protein coding sequence of CHKov1 is associated with increased resistance to infection. This resistant allele has rapidly increased in frequency under directional selection and is now the commonest form of the gene in natural populations. Using genetic mapping and site-specific recombination, we identified a third genotype with considerably greater resistance that is currently rare in the wild. By screening a panel of wild viral isolates, we found that there is indeed evidence for a viral counter-adaptation to this resistance genotype. Candidate mutations for this phenotype include a non-synonymous mutation in the m-gene, which produces the viral matrix. This currently rare viral variant illustrates how parasites can rapidly overcome host resistance mutations.