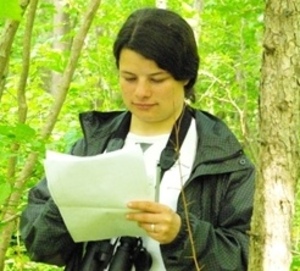 Incomplete premating isolation can lead to costly hybridization in sympatry. When premating barriers are absent or incomplete, postmating prezygotic isolation (or gametic isolation) can prevent heterospecific fertilization. For example, poor transfer and/or storage of sperm, low sperm competitive ability or incompatibility between gametes can contribute to low fertilization success between heterospecific individuals. Sperm traits (e.g. viability, longevity, swimming velocity and motility) play a crucial role for fertilization success and divergence in any sperm trait between species could facilitate prezygotic isolation. Here we compare sperm swimming ability, motility and longevity between two hybridizing species of flycatchers (Ficedula albicollis and F. hypoleuca) from a well-studied hybrid zone population on the island of Öland (Sweden), in the Baltic Sea. Species recognition is imperfect in this system and leads to costly hybridization. Indeed, about 4% hybrids with strongly reduced fertility are produced every year in our study population. We relate our measurements of ejaculate quality to the fertilization success of flycatcher males in different crosses within and between species. As density and competitive ability differ between these two flycatcher species, asymmetric gametic isolation is expected in the system. We discuss the implications of our results for the rate and direction of gene flow between pied and collared flycatchers.