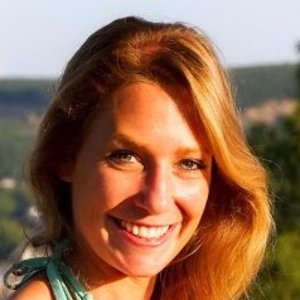 Genomic consequences of inbreeding and hybridization in pigs and wild boars 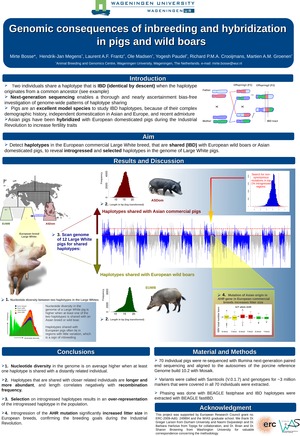 The maintenance of genetic diversity in (isolated) populations is essential for their adaptive ability. If standing variation is low, the susceptibility to a variety of diseases and environmental changes is elevated. Two haplotypes are IBD (identical by descent) when they originate from a common ancestor. If IBD haplotypes reunite within one diploid organism, it results in a region of homozygosity (ROH), which is an indication of recent inbreeding. The interplay of population demographic history and recombination rate is essential in the process of haplotype formation and distribution. In management of small, potential inbreed, populations, outcrossing is used to introduce new haplotypes in a population and hereby increase genetic diversity. This study utilizes the latest genomics tools to identify shared haplotype tracts between pigs (Sus scrofa) from different Eurasian wild boar and breed populations. Pigs are an excellent model species to study haplotype structure because of their complex demographic history, multiple domestication events and recent admixture. Next-generation sequencing enables a thorough and nearly ascertainment bias-free investigation of genome-wide patterns of haplotype sharing. Our study reveals patterns of inbreeding, and conserved, introgressed and selected haplotypes in the pig genome. Haplotypes that are shared between closely related individuals are longer and more abundant in the genome than haplotypes shared by distantly related individuals. Selection on introgressed haplotypes results in an over-representation of these haplotypes in a population. Nucleotide diversity in the genome is higher when at least one haplotype is shared with a distantly related individual, supporting the fundamental genetics theory behind outcrossing. Detailed mapping of the genomic distribution of variation enables a targeted approach to increase genetic diversity of captive and wild populations, which may facilitate conservation efforts in the near future.