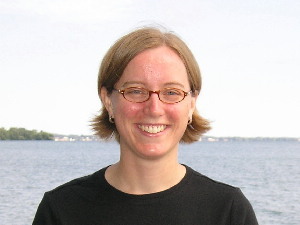 Predators can strongly influence the ecology and evolution of host-parasite interactions in a number of ways. Here, we explore the possibility that predators can select on patterns of within host growth by parasites. Are parasites with faster rates of growth within hosts favored in high predation environments? Are there tradeoffs associated with faster proliferation within hosts?

We examined how two horizontally transmitted, natural parasites (the bacterium Pasteuria ramosa and the yeast Metschnikowia bicuspidata) of the crustacean Daphnia dentifera varied in their within-host proliferation, equilibrium spore number and transmission rate. We found that both parasites showed logistic growth inside hosts, but that Metschnikowia completed its within host growth much more rapidly than did Pasteuria. Bluegill sunfish (Lepomis macrochirus), an important natural predator of D. dentifera, actively chooses both Pasteuria-infected and Metschnikowia-infected hosts over healthy hosts as prey, and spores can survive and remain infectious after passage through the fish guts. Therefore, predation of infected hosts serves primarily to truncate the time available for a parasite to develop within the host.

We selected Pasteuria and Metschnikowia in environments simulating either high or low predation on infected hosts. We found that Pasteuria responded to simulated high predation by accelerating within host growth. However, this came at a cost: Pasteuria that grew faster yielded fewer mature spores (and these spores were marginally less infectious). Conversely, simulated predation did not affect Metschnikowia infection traits; this result was expected, given that we have previously been unable to find any quantifiable variation in Metschnikowia. Overall, we conclude that predation has the potential to mediate the ecology, epidemiology and evolution of disease in a Daphnia-multiparasite system.