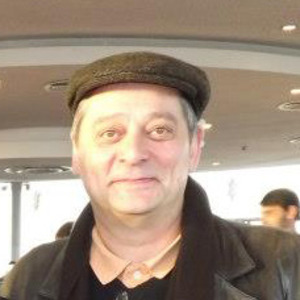 Interactions between the sexes are believed to be a potent source of selection on sex-specific evolution, but the way in which sexual interactions influence females at the molecular level is poorly understood. We examined the effects of 100 generations of elevated polyandry and enforced monandry on gene expression evolution in female Drosophila pseudoobscura. We assessed differences in gene expression between females from the two selection regimes and how the expression response to mating depended on female sexual selection history, indirect genetic effects (IGEs) due to the genotype of the male and female-by-male genotype interactions. Our data show large-scale gene expression divergence between the experimentally evolved females, with selection mainly targeting female-biased genes expressed in the ovaries. Most of the expression differences were un-affected by mating, however we also observed substantial differences in the expression response to mating between the experimental females. The indirect genetic effects of the male selection history on the female gene expression response were surprisingly small. Our results provide critical experimental evidence for a role of female-specific selection arising from polyandry in promoting rapid evolution of the female transcriptome.

Rapid evolution in the wild: unravelling the genetic basis of a wing mutation in field crickets

The field cricket Teleogryllus oceanicus is a textbook example of rapid evolution in the wild, but little is known about the genetics of this intriguing system. In Hawaii, a mutant variety of silent male crickets has recently arisen and spread in several populations, apparently in response to pressure from an acoustically-orienting parasitoid. The mutation, flatwing, first appeared on the island of Kauai in 2003, but it has since appeared on the neighbouring island of Oahu. It segregates as a sex-linked, sex-limited Mendelian trait in both populations, and it feminizes male wings by erasing the specialized sound-producing structures of a normal wing. The degree of feminization, however, varies between islands. Does this represent convergent evolution, or has gene flow introduced the mutation(s) into a different genomic background, resulting in different phenotypic manifestations? To pinpoint where the mutation or mutations reside within the genome, and to help answer this question, we applied Bulked Segregant Analysis (BSA) using RAD-seq in two different populations with distinct flatwing phenotypes and abundances: Kauai (>95% of males are flatwing, with heavily feminized wings), and Oahu (ca. 50% of males are flatwing, with less strongly feminized wings). We have identified the first group of candidate SNP markers associated with the flatwing phenotypes in each population. Using these, we tested different evolutionary hypotheses that could explain why there is a difference in mutant wing morphology between the two populations. The results provide insight into how convergent phenotypes arise and evolve in real-time, in the wild.

Testing evolutionary models for the maintenance of same-sex sexual behaviour

The evolutionary maintenance of same-sex sexual behaviour (SSB) is an enduring mystery because of its apparent negative impact on reproductive fitness. Two influential genetic models of SSB were developed several years ago by Sergey Gavrilets and William Rice: SSB might be maintained by sexually antagonistic selection for fitness-increasing traits in the opposite sex, and/or it might result from overdominance if alleles enhancing its expression are maintained by a heterozygote advantage. These models make distinct predictions about the genetic architecture of SSB and its correlations with male and female fitness. We present results of an experiment to empirically test these predictions using the Drosophila Genome Reference Panel. We screened 50 highly-inbred, genome-sequenced D. melanogaster lines for male SSB and performed a series of crosses between high and low lines designed to discriminate the two hypotheses. There was substantial additive genetic variation for SSB, strong effects of the social environment, and evidence for G x E. We will discuss genetic variance components contributing to this behaviour, candidate loci found to be strongly associated with its expression, context-dependence of the influence of those loci, and effects of SSB on fitness of males and females. Taken together, the results enable us to statistically compare support for either hypothesis – sexual antagonism vs. overdominance – and provide an intriguing contrast with Drosophila knock-out studies that have found a wide assortment of genes that might contribute to variation in male SSB.

Although it is well known that mating increases the risk of infection, we do not know whether females have adaptive responses to mitigate the fitness costs of sexually transmitted infections (STIs). The major problem has been that we lack a suitable model host/pathogen system for studying the costs of STIs. Recently, Turandot-M (TotM), a member of the Turandot family of genes involved in immune and stress response, has been shown to be upregulated in female Drosophila melanogaster when they hear male courtship songs. Here we use the Gal4/UAS RNAi gene knockdown system to test whether TotM provides survival and fecundity benefits for females that mate with fungus-infected males. We show that when the fungus, Metarhizium robertsii, is sexually transmitted it reduces female reproductive output across all fly lines. By comparing the knockdown line (Gal4/UAS-TotM) with control lines (Gal4/+ and UAS-TotM/+), we found that TotM provides a survival benefit for females infected with an STI and a survival cost for healthy females. Interestingly, TotM does not provide a benefit for females under direct topical infection with M. robertsii. Together these results show that TotM plays a previously-overlooked role in defence against STIs and it suggests that females use auditory cues to anticipate the immune challenges that come with mating.

Effect of Wolbachia infection on the courtship song of Drosophila paulistorum and D. equinoxialis

Understanding the processes that can lead to speciation are one of the main goals in evolutionary biology. It has been proposed that coevolution between parasite and its host can potentially drive speciation. A good model for studies of infectious speciation is the neotropical fly Drosophila paulistorum spp.. This species complex is currently under incipient speciation in nature and consists of six semispecies that are in an obligatory mutualistic relationship with bacteria of the Wolbachia genus. Previous studies have determined that infection with Wolbachia is associated with hybrid inviability and male sterility. Interesting enough, Wolbachia not only cause postzygotic isolation in the D. paulistorum complex but also prezygotic isolation through an influence on assortative mating between the different semispecies. These data suggest that the infection is modulating some courtship signal that allows self-recognition among the semispecies. Among the different male signals involved in mate recognition in Drosophila species, courtship song is one of the most studied and is well known to affect isolation between close related species. Here we recorded the courtship song of males from three D. paulistorum semispecies and also of its sibling species D. equinoxialis comparing wild type infected lines with lines treated with antibiotics where the bacteria titer were reduced. Our result shows a significant variation in the interpulse interval (IPI) associated with the infection with Wolbachia in all groups. We discuss whether the changes are likely to influence sexually selection or are more likely to reflect changes in male condition following curing of the Wolbachia infection.

We have been maintaining Drosophila pseudoobscura populations in two regimes of high and low sexual selection for 150 generations. Several phenotypes have responded to selection during this limited time, for example courtship behaviour, morphology, fecundity and chemical communication.

We conducted RAD sequencing of 4 biological replicates of each condition and obtained >7000 regions containing SNP variation. We characterise the genes and genomic regions associated with consistent differences in SNPs between the selection regimes. We also comment on the repeatability of the response, with comparisons within each biological replicate.