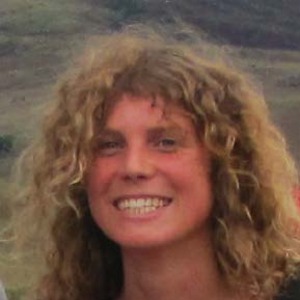 Analysis of population structure of guppies in north-eastern Venezuela, the area of putative incipient speciation 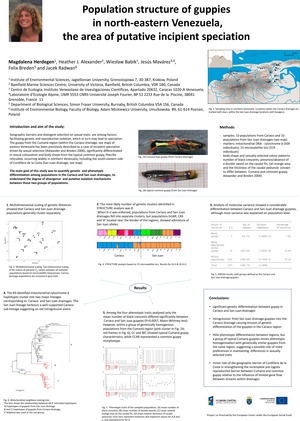 Geographic barriers to gene flow are one of the main causes of genetic isolation. Reproductive isolation often follows, which in turn may lead to speciation. The guppy from the Cumaná region of Eastern Venezuela has been previously described as a case of incipient speciation, significantly differentiated from the common guppy, Poecilia reticulata, which occurs on the other side of Cordillera de la Costa in streams belonging to the Orinoco drainage. Here, we present a comprehensive analysis of differentiation between guppy populations in these two regions of Eastern Venezuela based on mtDNA and a set of 15 microsatellites. We also analyse four phenotypic traits which have been found in earlier work to differ between the Cumaná and common guppy. Guppies inhabiting the two regions divided by Cordillera de la Costa indeed show significant genetic differentiation, but most genetic variation was distributed among populations within regions. Most guppies in the Cumaná region had mtDNA from a distinct lineage, but we also found evidence for a widespread introgression of mtDNA from the Orinoco drainage into the Cumaná region. Populations from the two regions differed significantly in the number of black crescents, but not in other phenotypic traits analysed. Overall, our findings are consistent with only partial genetic isolation between the two geographic regions. Gene flow from the Orinoco drainage may have caused the loss of typical Cumaná morphology in many populations.