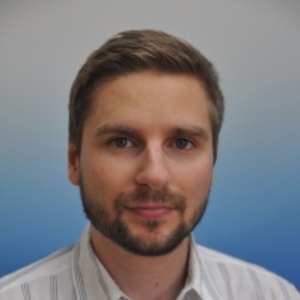 The impact of age-related changes in fertility: implications for sexual conflict

The impact of age on evolutionary processes is a relatively under-appreciated consideration in biology, despite differential effects on reproductive physiology between females and males. It is not expected that fertility will decline evenly between the sexes, since different traits determine fertility in each sex. Using a large, pedigreed laboratory population, we conducted a quantitative genetic study of fertility in a common European rodent, the bank vole (Myodes glareolus), to explore how senescent changes affect coevolution between the sexes. Our results indicate that reproductive success, as measured by litter size in females and offspring sired in males, differentially declined according to sex, with females experiencing a sharper decline in their fertility than males. The genetic correlation between the sexes for fertility was not significant for younger individuals, but became significantly negative for older individuals that reproduced. The age-dependent expression of fitness-related genes results in a divergence of reproductive interests between the sexes. Furthermore, the additive genetic variance for female fertility increased with age, consistent with the process of relaxed selection in older age. These results will be discussed in the broader context of sexual conflict theory.

Vasopressin modulates a range of socio-reproductive behavior in mammals, largely through its interaction with expression of the arginine vasopressin receptor 1a (avpr1a). In microtine voles, the length of the microsatellite locus situated in the avpr1a promoter region regulates expression of this gene in certain regions of the brain and this has a concomitant effect upon a variety of male-associated behaviors. We quantified the effect of variation in the length of the microsatellite in the promoter regions of avpr1a upon reproductive success in semi-natural populations of bank voles (Myodes glareolus). After artificial breeding was used to create lines with contrasting microsatellite genotypes, we released animals into 0.25 ha enclosures in the field and measured survival and reproductive success over a breeding season. Our study revealed a sex-by-density interaction for avpr1a microsatellite length, such that males with longer- and females with shorter- avpr1a microsatellite alleles enjoyed greater reproductive success in low density populations; conversely, males with shorter- and females with longer- avpr1a alleles produced more offspring in high density populations. Both sexually antagonistic selection and density dependent selection are reasonable candidate mechanisms behind the maintenance of variation in microsatellite allelic diversity in avpr1a.