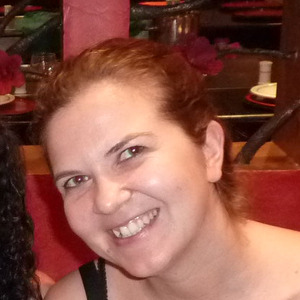 Environmental conditions experienced during development are known to influence the phenotype but also the different components of heritability, including genetic variance (VG). Here, phenotypic as well as genetic responses of life-history traits to two different developmental conditions, temperature and food limitation were assessed. The former represents an environment that defines seasonal polyphenism in our study organism, the tropical butterfly Bicyclus anynana, whereas the latter represents a more unpredictable environment. While development time, pupal mass, and resting metabolic rate showed no genotype-by-environment interaction for genetic variation, for thorax ratio and fat percentage the VG increased under the cool temperature, dry season environment. Additionally, for fat percentage, VG increased under food limitation. Hence, the traits most intimately related to the polyphenism in B. anynana show the most environmental specific genetic variance as well as some indication of cross-environmental genetic correlations. I will relate these results and the observed phenotypic responses to temperature (season) and food limitation to our recent RNA-Seq analyses on 72 individuals from the same families. We find substantial genetic variation for gene expression variation, affecting 1225 genes significantly (FDR<5%), while seasonal and food conditions affected much fewer genes. Interestingly, we also identified a number of genes whose expression was affected by the interaction between developmental conditions and genetic background, indicating genetic variation for environmental responses.

On the multitrophic interactions between a fungus, a plant and two insect species

In the archipelago of Åland, Finland, lives the Glanville fritillary butterfly, Melitaea cinxia– a well-known model species for metapopulation studies. One of M. cinxia’s host plants, the ribwort plantain Plantago lanceolata, is also host to the powdery mildew fungus Podosphaera plantaginis. Both M. cinxia and P. plantaginis persist as metapopulations in Åland and some local butterfly populations inhabit patches where P. lanceolata is infected by P. plantaginis. It is known from previous studies that development of M. cinxia larvae is affected by mildew infected diet and, interestingly, a parasitoid wasp, Cotesia melitaearum, that uses M. cinxia as its host, is also affected by the presence of mildew in the host diet. Thus, the powdery mildew indirectly affects the higher trophic levels in this community of different hosts and exploiters. In an ongoing study, we investigate the ability of butterflies and parasitoids to tolerate the mildew effects by taking the natural variation within local populations into account. With a feeding experiment, we compared larvae from butterfly populations that have, or have not, been exposed to mildew infection in the past years. Preliminary results indicate that larvae groups originating from populations with different mildew history, responded differently to the diet treatment. However, this interaction between diet and population history does not show a clear-cut pattern and might need to be interpreted with caution. Interestingly, if population mildew history is not taken into account, there is an interaction effect by parasitism and diet on weight at diapause. In addition, parasitised butterfly larvae in general develop faster and weigh more at diapause than non-parasitised larvae. Currently, the effects on C. melitaearum itself, of developing in hosts fed on mildew-infected diet, are being addressed.