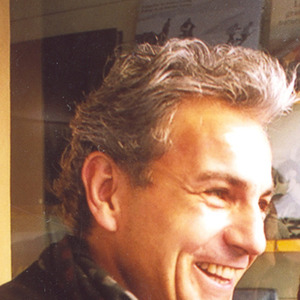 Chromosomal inversion clines paralleling the long standing ones in native Palaearctic populations of Drosophila subobscura evolved swiftly after this species invaded the Americas in the late 1970s and early 1980s. However, the new clines did not consistently continue to converge on the Old World baseline. Our recent survey of Chilean populations of D. subobscura shows that inversion clines have faded or even changed sign with latitude. Here we investigate the hypothesis that this fading of inversion clines might be due to the Bogert effect; namely, that flies’ thermoregulatory behavior has eventually compensated for environmental variation in temperature, thus buffering selection on thermal-related traits. We show that latitudinal divergence in behavioral thermoregulation has evolved in Chile for females, with higher latitude flies having a lower mean of thermal preference. Plastic responses in thermal preference also lessen latitudinal thermal variation because flies developed at colder temperatures prefer warmer microclimates. Our results are consistent with the idea that active behavioral thermoregulation might buffer environmental variation and reduce the potential impact of thermal selection on other traits as chromosomal arrangements.

Climate change is already impacting the distribution and behavior of many species. Nonetheless, population genetic changes in response to global warming have been observed only for a few species. This is the case of Drosophila subobscura, a native Palearctic species that harbors a rich chromosomal inversion polymorphism with “warm climate” inversions increasing in frequency worldwide. However, the selective process that maintains inversions in populations is not clear yet. The two main hypotheses differ in how the genetic content of inversions varies along a geographical gradient; the local adaptation hypothesis states that an inversion will have the same genetic content in all populations, while the coadaptation model suggests that in each population the genetic content will be different. In order to elucidate which model is more suitable for D. subobscura, we have analyzed ten genes -six of them are candidates for thermal adaptation- located on the longest and inversion richest chromosome O of the species. The most frequent chromosome arrangements in two Spanish populations along a latitudinal gradient were analyzed. No within-inversion genetic differences were detected among populations, which suggest that the gene content along the gradient is rather constant for the various gene arrangements. Although gene flux between different inversions (either by gene conversion or double crossover) was detected, significant genetic differentiation among inversions for all genes mapped within the inverted fragments of the chromosome was found.