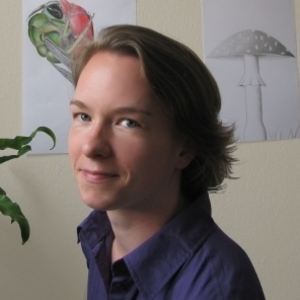 Experimental evolution and transcriptional plasticity in an insect-fungus interaction

Organisms rarely occur solitary; viewed in this light, interaction is forced upon them. The fruit fly Drosophila melanogaster, frequently used as a model organism in evolutionary studies, makes use of rotting fruits as breeding sites. Concurrently, filamentous fungi utilise rotting organic material to obtain their nutritional substances. One trait of many fungi is the production of toxic secondary metabolites. It is hypothesised that these toxins hold a function as a chemical defence against other microbes, e.g. antibiotics like Penicillin, but furthermore features also a defence against larger organisms like insects. Drosophila larvae are constrained in leaving a food patch, due to the risk of desiccation, and have evolved other traits to cope with noxious fungi and their toxins on infested substrates. In an experimental-evolution approach, we mimic the infestation of Drosophila habitats by the filamentous fungus Aspergillus nidulans. A wild-type and a toxin-production-impaired mutant strain, as well as the mycotoxin Sterigmatocystin are used as selection pressures. After multiple confrontations, over 25 generations, we will analyse changes in the transcriptional response of the fly larvae using RNAseq. Additionally, changes in the immune respons and in phenotypic traits will be recorded. Currently, we are analysing the transcriptional plasticity of the fly larvae by disentangling the response towards the fungus and the mycotoxin. For this purpose we have confronted fly larvae with the 3 treatments (WT, mutant, toxin) that are used in the selection experiment. Over a time series, samples were taken and sequenced through NGS. We will compare this, yet unknown, larval response to the transcriptional response after experimental evolution of increased tolerance and/or resistance against the noxious fungus. Here we will present our current results on the dynamics of the interaction between Drosophila larvae and the toxin-producing fungus A. nidulans.