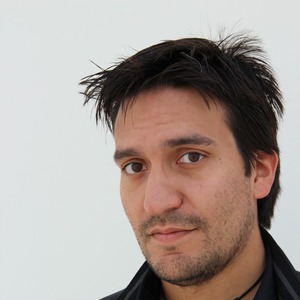 Newly available genomic data are continuously challenging scientists and raising new questions, which require a deep understanding of the dynamics of DNA polymorphism in populations. The signature of past population expansion or bottleneck on gene genealogies and DNA sequence data have been well studied. However, other demographic events such as past isolation events, even though likely common, remain to be explored. There is considerable evidence of past population isolation - for example, during the quaternary period several European mammals and birds were isolated into glacial refugia, African and non-African Drosophila melanogaster populations were isolated several thousand years ago, and most pathogens and viruses are temporarily isolated within their hosts. Using coalescent theory, we investigate the temporal impact of past population isolation on gene genealogies, on the site frequency spectrum and on summary statistics of DNA sequence polymorphism (e.g. mismatch distributions, Tajima's D, Fay and Wu's H, Zeng et al.'s E). We find that past population isolation results in (i) changes in gene genealogies: coalescence trees display an excess of short and long branches, with the relative proportion being informative on the time at which isolation occurred and the number of populations which were isolated. (ii) changes in the site frequency spectrum that vary through time and depend on the sampling scheme. In a sample from a single population, a transient excess of low and high frequency variants is observed, while in a pooled sample from the total population, an excess of intermediate frequency variants and a deficit of high frequency variants is observed. We discuss how the distinctive features of gene genealogies and the site frequency spectrum can be disentangled from other demographic (e.g. bottlenecks) or selective events (e.g. directional, balancing or background selection) and provide recommendations for the analysis of DNA sequence data.