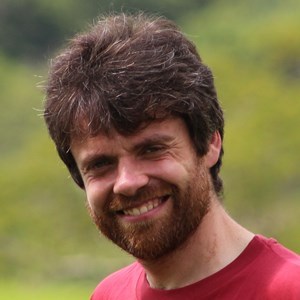 Comparative phylogeography of African rain forest trees: a review of genetic signatures of vegetation history in the Guineo-Congolian region

The biogeographic history of the African rain forests has been contentious. Phylogeography, the study of the geographic distribution of genetic lineages within species, can highlight the signatures of historical events affecting the demography and distribution of species (population fragmentation or size changes, range expansion/contraction) and, thereby, the ecosystems they belong to. The accumulation of recent data for African rain forest plants now enables a first biogeographic synthesis. In this review, we explain which phylogeographic patterns are expected under different scenarios of past demographic changes; and we give an overview of the patterns detected in African rain forest trees to discuss whether they support alternative hypotheses regarding the history of the African rain forest cover. Phylogeographic patterns indicate that most of the widespread species showing nowadays a near continuous spatial distribution have been fragmented in the past. The major genetic discontinuities in the region support the role of refugia during climatic oscillations, and at a large scale they often match the main phytogeographic subdivision of the Guineo-Congolian region. However, patterns vary substantially among species and they provide only partial support for current hypotheses on the location of Pleistocene forest refuges. Among the patterns shared by many species, we highlight a recurrent genetic discontinuity between the north and the south of the Lower Guinean region which matches the climatic hinge on each side of which dry and wet seasons are inverted. Whether this discontinuity results from past forest fragmentation or current climate conditions is discussed.

Across all investigated species, intraspecific patterns of genetic diversity from chloroplast DNA were concordant with overall Marantaceae diversity: higher in topographically rich Gabon and showing traces of expansion across the rather flat central Cameroon and the Congo basin. However, comparing sister species relationships between different genera revealed different levels and modes of speciation. Patterns in the genus Haumania suggest allopatric speciation with genetic pattern concordant with postulated Pleistocene refugia followed by current intraspecific gene flow in overlapping distribution areas. Concordant pattern of genetic diversity and the absence of hybridization in the genus Megaphrynium might hint towards sympatric speciation through adaptation to different pollinator species. In the genus Marantochloa allopatric speciation followed by complete incompatibility between sister species is indicated in one species pair. In a second case two morphologically distinct sister species are indistinguishable genetically and the mode of speciation still open to debate.