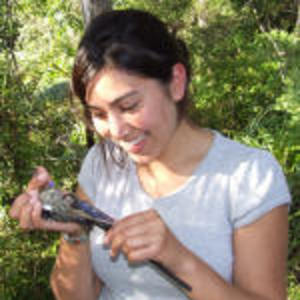 Does reintroduction affect the mating systems of threatened species? The impact of inbreeding in reintroduced populations of the hihi (Notiomystis cincta)

An ever increasing number of animal and plant species are becoming rare or extinct in the wild. Reintroduction is one of the most commonly used tools for the management of these threatened species. However, this technique has a number of genetic, demographic and behavioural repercussions for which we have relatively limited understanding. In this study, of the endemic and endangered New Zealand hihi (Notiomystis cincta), our aim is to elucidate the impact of reintroduction on their mating system and reproductive success. We show the effects of inbreeding on individual reproductive tactics, extra-pair paternity and reproductive success and how it shapes the maintenance and evolution of these traits in wild small populations.