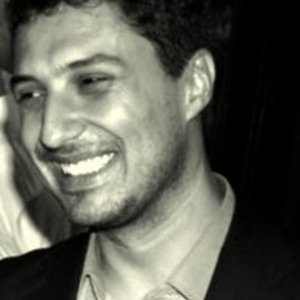 Are tolerant hosts more likely to be super-shedders of disease? 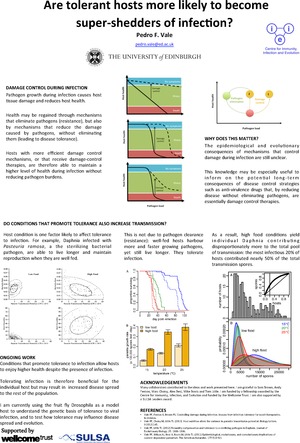 Understanding the causes of individual variation in transmission could improve the success of disease management, by allowing to target the most infectious hosts. Disentangling the causes of this variation is challenging in the context of epidemics, but an alternative is to study disease transmission (or transmission potential) under a variety of genetic and environmental contexts in controlled experimental conditions. During infection, hosts may recover by eliminating pathogens (resistance mechanisms) or by controlling damage caused by infection without eliminating pathogens (tolerance mechanisms). Because they suffer less for a given parasite load, very tolerant hosts may experience infections for longer and have more opportunities for disease transmission. I present experimental data from Daphnia-microparasite and rodent malaria systems testing the link between tolerance and transmission potential. These results may be particularly relevant in understanding the epidemiological consequences of anti-virulence therapies of infection, that essentially increase host health without eliminating parasites.

Because host populations are generally sub-divided, the epidemiology of a parasite often depends on its ability to disperse among host sub-populations and successfully invade them. To investigate the factors that determine host-mediated parasite dispersal and its subsequent transmission we carried our microcosm experiments with the bacterial parasite Holospora undulata and its host, the fresh-water ciliate Paramecium caudatum. We found that (i) the dispersal of infected hosts largely depended on both host and parasite genotypes (but not their interaction), suggesting disease spatial dynamics varies with the genetic composition of local sub-populations. Besides, (ii) shortly after the arrival of infected hosts into a healthy population parasite success was determined by the genotype of the carrier hosts and its interactions with that of the parasite and the resident hosts. This further highlights the importance of host genotype for parasite dynamics among host sub-populations. (iii) After a couple of transmission cycles, parasite genotype, in combination with resident host genotype, gained influence, matching classical ideas of parasite transmission. It thus appears that different genetic factors play on parasite dispersal between groups of hosts, its short-term spread and longer-term establishment. This study also demonstrates the role of carrier host genotype for parasite dispersal and transmission among and within host sub-populations.