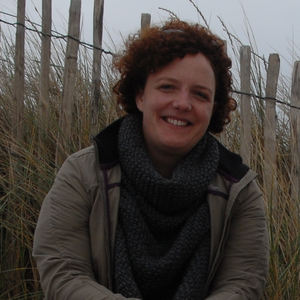 Sticklebacks have recently colonized various freshwater habitats and have since undergone recurrent phenotypic divergence. Here, we sample five geographically distinct lake-river population pairs of the three-spined stickleback for investigating patterns of population divergence at varying stages of ecological speciation. Using 60 whole genome sequences (15x coverage each) we identify genomic islands of divergence between parapatric lake-river ecotypes. This allows us to evaluate the number, size and distribution of genomic islands of divergence between several population pairs and to assess the extent of population differentiation across our samples. We identify different genes and genomic regions potentially associated with ecological differentiation in the five lake-river comparisons. This suggests that divergence patterns between lakes and rivers can involve multiple molecular pathways. Interestingly, we find some associations between genomic structural variations and islands of divergence. This is based on our extensive set of structural variations including deletions, copy-number variations, inversions, and translocations. Combined with estimates of the recombination rates across the genomes, we provide insights into the relevance of the genomic architecture and the role of genomic islands during adaptive divergence.

The origins of two colour polymorphisms in a wild mammal population

In a wild population of Soay sheep, that has been the focus of a >25 year field study, two coat colour polymorphisms are segregating as single locus Mendelian traits. Previously, the underlying mutations have been discovered, and it has been shown that both genes are under selection. However, the age and origins of the polymorphisms were unknown. In this talk, we show that Soay Sheep underwent admixture with more modern breeds in the 1800s, and that both polymorphisms arose through the introgression of domesticated genetic variants into the Soay population. Therefore, the current field site can be regarded as a ‘natural laboratory’ in which wild type and domesticated variants have been competing with one another for over 100 years. It is shown that domesticated variants are not necessarily less fit in the wild. More generally, admixture between domesticated and wild populations may be a common source of genetic variation, capable of providing the material required for evolutionary change and adaptation.

Deciphering the genetic architecture underlying population differentiation and adaptation is crucial for better understanding the process of ecological speciation. To reveal patterns of genome evolution across different stages of population divergence, we characterized genetic variation in three-spined sticklebacks using 66 whole genomes (15x coverage each) from geographically and ecologically distinct populations. This fish species has recently colonized freshwater habitats and undergone substantial and recurrent phenotypic divergence associated with their habitat. We have evaluated the relative importance of several types of genetic variation (SNPs, INDELs, CNVs, inversions and translocations) in the differentiation of genomes across populations and ecotypes. Structural variations cover a larger proportion of the genome than the ~10 million single nucleotide variants. Whereas the majority of variants are shared across several populations, we detect genomic regions of high differentiation between closely related populations. Lineage-specific genes and RNA genes often differ in copy number between individuals and between populations, suggesting a potential role of structural variation such as CNVs in ecological adaptations. We also investigate the relationship between CNVs and different categories of duplicate genes, and evaluate the molecular rates of gene evolution using interspecific data. Taken together, our findings demonstrate extensive genomic differentiation within only a few thousand generations and support a mechanism for the birth and death of new genes via duplication, highlighting the dynamic nature of genomes. Due to our population sampling design we are able to shed some light on the interplay of ecological and genomic features of populations during adaptive evolution and at different stages of ecological speciation.