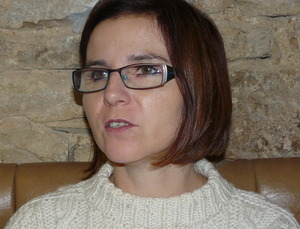 Can we predict the effect of thermal fluctuations on specialist and generalist reaction norms?

Reaction norms depict the environmental effects on phenotypic traits and are used to predict the global change consequences on organisms. However, studies performed at constant temperatures have limited ecological significance because expressed phenotypes depend on the range and frequency of environmental states. By using the Jensen’s Inequality (a mathematical property of nonlinear functions), we predict that the effect of thermal fluctuations on the phenotype depends on the shape of the reaction norm: a negative effect of the thermal fluctuations when the reaction norm is convex and a positive effect when the reaction norm is concave. This study measures the impact of diel fluctuations in developmental temperature on phenotypic expression of traits related to fitness and energetic resources in two strains of the parasitoid wasp Venturia canescens differing in their thermal sensitivity. In a first experiment, we compare the effect of a constant versus a fluctuating thermal regime having the same means (20, 25 and 30 °C) on reaction norms of life history traits and of energetic reserves. In a second experiment, we examine the effects of a natural thermoperiod in field on these traits. As predicted, our results show that the shape of the reaction norm defines the phenotypic changes induced by the development under fluctuating thermal conditions. Moreover, our results emphasize the significance of taking into account several phenotypic life history traits to study the adaptive value of phenotypic plasticity. We also show that the level of energetic resources depends on the mean developmental temperature and not on the thermal regime. Finally, the field experiment confirms that the phenotype of these parasitoids depends on the temperature variation. This is the first experimental study demonstrating that Jensen’s Inequality can quantitatively predict the effect of thermal fluctuations on life-history traits of an ectotherm species.