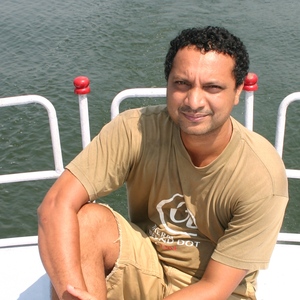 The Indian subcontinent is an interesting biogeographical entity as it is isolated from the rest of the Asian landmass by very high mountain ranges like the Himalayas in the north and is surrounded by ocean in the south. Furthermore much of this landmass was part of a Gondwanan fragment that merged with Asia around 35-55 mya. Thus Indian subcontinent has witnessed prolonged periods of isolation and continues to be largely cut off from much of Asia. In this regard the subcontinent is very similar to an island separated from the mainland (Asia). One interesting feature of an isolated island is the presence of endemic radiations, i.e., unique clades of taxa whose members are endemic to the island. Recent phylogenetic studies have revealed that India also harbors numerous endemic radiations and these endemic assemblages were generated through in-situ diversification. Thus to this day India is very similar to an isolated island. It is interesting to contrast the Indian scenario with Madagascar an island with which India shares a geological past. Furthermore these finding have important implications for ecological and evolutionary studies on Indian biota.