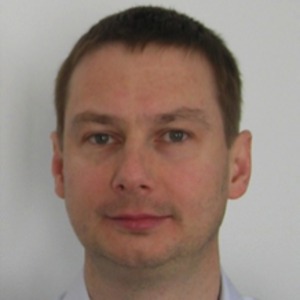 Much has been learned about the post-glacial partitioning of phylogeographic lineages in various species, yet little is known of the extent to which their distributions have been determined by adaptive differences. We have addressed this issue by studying the genetic basis of haemoglobin (Hb) polymorphism in the bank vole (Clethrionomys glareolus). It is evident that at the end of the last glaciation, bank voles colonized Britain from two different source populations that were already isolated and genetically divergent. Regions colonised by the two lineages can be identified from mtDNA phylogeography and are fixed for different electrophoretically detectable Hb variants. Since modifications of Hb structure and function often play a key role in adaptation to climate and altitude, it has been suggested that the geographical pattern of bank vole Hb variation in Britain may reflect some type of environmental selection favouring the HbS type in the north and the HbF type in the south. We have cloned the genes coding for bank vole Hb by RACE-PCR and assessed their relative expression by RNA-Seq, in order to determine whether the alpha or beta chain polymorphism, and how many loci, underlie the two Hb variants. The results demonstrate that a single amino acid replacement mutation, 52(D3)Ser/Cys, in the major expressed beta globin gene underlies the difference between HbS and HbF. The same polymorphism segregates also at the second, minor expressed beta globin gene, suggesting a possible functional interplay between the two paralogs. The exposed location of the thiol group of 52(D3)Cys on the surface of HbF molecule and the ability to form intermolecular disulphide bonds are indicative of its reactivity and therefore potential involvement in physiologically relevant redox reactions. We suggest that antioxidant potential of the reactive Cys in HbF may convey selective advantage over HbS and contribute to the geographical partitioning of the two bank vole lineages in Britain.

Gene duplication plays an important role in the origin of evolutionary novelties, but the mechanisms responsible for the retention and subsequent divergence of newly created duplicates are not fully understood. The alpha-globin genes provide an example of gene family with different numbers of gene duplicates among rodents. While Rattus and Peromyscus each have three adult alpha-globin genes (HBA-T1, HBA-T2 and HBA-T3), Mus has only two copies. In Peromyscus, HBA-T3 appears transcriptionally inactive, despite the presence of an intact open reading frame and conserved splice junctions. We have cloned the alpha-globin genes from another cricetid rodent, the bank vole Clethrionomys glareolus, by RACE-PCR and assessed their relative expression by RNA-Seq. We show that the bank vole possesses three transcriptionally active alpha-globin genes with different expression levels. The HBA-T1 and HBA-T2 genes show 5-fold expression difference and are nearly identical in coding sequence. Although phylogenetically grouped with HBA-T1 and HBA-T2, HBA-T3 is distinguished by multiple amino-acid substitutions and is expressed 5- to 20-fold lower than HBA-T1 and HBA-T2. Alpha-globin polypetides corresponding to all three genes were detected by electrophoresis, suggesting that the bank vole HBA-T3 is a functional gene. Interestingly, we found two independent HBA-T3 alleles with a premature termination codon in exon 2 (PTC2) and exon 3 (PTC3), respectively. RT-PCR found evidence of transcription for the PTC3 allele, but not for the PTC2 allele. RNA-Seq reads uniquely aligning to the PTC2 allele suggest that its translation is reduced or prevented by nonsense-mediated mRNA decay (NMD). Due to the absence of a downstream exon-exon junction, the PTC3 allele does not elicit NMD and is predicted to yield a truncated protein. The segregation of non-functional alleles in the bank vole suggests relaxed purifying selection and/or recent origin of HBA-T3 in this species.