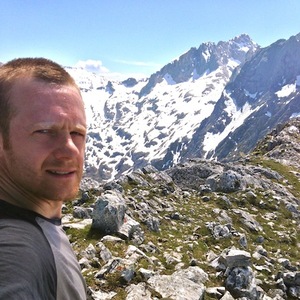 Reciprocal transplant experiments can be used to determine the magnitude of adaptive differentiation among natural populations and to help identify putative adaptive traits and selective agents. In reciprocal transplant experiments, we quantified local adaptation between Scandinavian and Spanish populations of the alpine perennial herb Arabis alpina. At the Scandinavian field site, survival and fruit production of Scandinavian populations were higher than those of Spanish populations, while the opposite was true in Spain. The magnitude of the home advantage varied among years and was highest in a drought year in Spain and after a cold winter in Sweden. The results suggest that differences in tolerance to drought and cold contribute to adaptive differentiation between populations from the two regions. They further suggest that these A. alpina populations represent a highly suitable model system for examining the functional and genetic basis of plant adaptation in alpine environments.