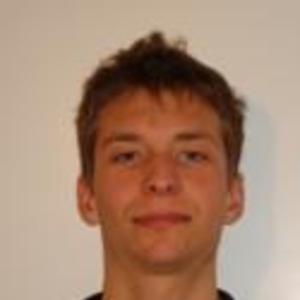 In species with complex life histories estimates of dispersal rates can be obtained from genetic data. This approach allows comparing levels of intraspecific gene flow among species with different dispersal abilities. Lampreys evolved as either anadromous species (i.e. reproducing in freshwater but growing mainly at sea) with a parasitic lifestyle at sea or as non-parasitic freshwater resident species. Anadromous species home to their natal river or disperse to other rivers and should thus display higher level of gene flow among populations than resident species. The three European lamprey species allow testing this prediction: Lampetra planeri (LP) is resident in freshwater while L. fluviatilis (LF) and Petromyzon marinus (PM) are anadromous. LF and LP are morphologically and phylogenetically very similar and they may represent two ecotypes of a single species. We investigated the genetic structure among LP, LF and PM populations in France to i) test whether levels of gene flow are higher in anadromous than in resident species and ii) measure the level of gene flow among sympatric LF and LP populations. We used microsatellite loci to genotype 665 LF and LP and 380 PM individuals. Our results show a gradient of increasing genetic differentiation among lamprey species (PM < LF < LP) suggesting that populations of anadromous species are connected by higher levels of gene flow than LP populations. Interestingly, we detected some gene flow among sympatric LF and LP populations supporting the hypothesis that these species are actually two ecotypes of a single species possibly at an early stage of ecological speciation. In addition, estimates of genetic diversity were significantly higher in LF than LP populations. These results have important implications for conservation management through the definition of evolutionary significant units and species boundaries. They also suggest that the connectivity between putative LP and LF ecotypes should be maintained.