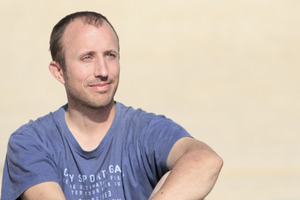 The landscape(s) of genome divergence in Ficedula flycatchers

Unravelling the landscapes of genome divergence between individuals, populations, and species is key to understand the genomic architecture of biological diversification, and the forces driving its evolution. In the present study we make use of the recently available flycatcher genome (Ellegren et al. 2012, Nature), to study the genomic divergence between the naturally hybridizing but reproductively isolated collared flycatcher (Ficedula albicollis) and pied flycatcher (F. hypoleuca). Population genomic analysis of each 10 genomes of both species reveal a highly heterogeneous landscape of genome divergence with about 50 ‘divergence islands’ that show ~50-fold higher differentiation than the genomic background. The non-randomly distributed divergence islands are characterized by reduced nucleotide diversity, skewed allele-frequency spectra, elevated linkage disequilibrium and reduced proportions of shared polymorphisms in both species, indicating parallel episodes of selection. The high incidence of divergence islands with genomic regions resistant to sequence assembly, potentially including centromeres and telomeres, indicate that complex repeat structures may drive species divergence. In order to identify the molecular and evolutionary forces driving the evolution of divergence islands in Ficedula flycatchers, these insights are complemented with recent results from population genomic analyses of an additional 200 flycatcher genomes from multiple populations and species.

The major histocompatibility complex (MHC) multigene family encodes genes involved in the vertebrates’ adaptive immune response. The exceptional evolutionary dynamics of MHC genes, including high rates of gene duplication and recombination, qualifies them as an ideal system to understand multigene family evolution. Mammalian MHCIIB paralogs evolve independently and their duplication history can commonly be traced back over tens of millions of years. Recent studies on birds report also strong evidence for the persistence of two ancient MHC class IIB lineages over at least 100 million years. At odds with this result, only few species studied so far appear to have retained both MHCIIB lineages, and it is unclear whether they have gone largely undetected, or whether they have been lost at high frequency. In the present study we therefore isolated MHCIIB genes from species all over the avian phylogeny. We aim at reconstructing the phylogenetic history of avian MHCIIB in order to provide an accurate estimate for the time of origin of the two ancestral avian MHCIIB lineages and estimate the rates of gene loss in each lineage. Qualitative results show that the two avian MHCIIB lineages evolved prior to the evolution of extant birds, and suggest the action of generally high, but strongly variable and phylogenetically unconstrained rates of concerted evolution in the avian MHCIIB. Thereby the present study provides important insights into the avian MHCIIB long-term evolutionary history and thus provides new information in unprecedented details about the evolution of an enigmatic multigene family.

Major histocompatibility complex (MHC) genes play an essential role in the adaptive immune response and thus constitute a good model to study adaptive genetic variability. The extraordinary diversity exhibited by MHC genes is thought to be maintained by pathogen-driven selection, for which three hypotheses have been proposed: rare-allele advantage, heterozygote advantage and fluctuating selection. Despite a growing amount of empirical data, it is still difficult to distinguish the relative role of the different forms of selection in maintaining MHC variability. Moreover other mechanisms such as sexual selection through mate choice can shape the MHC diversity. The barn owl (Tyto alba) exhibits a number of characteristics that make it an ideal model to study MHC diversity. Indeed it is one of the most widespread birds worldwide and it has been shown that this species exhibits mate choice related to an ornamental trait that is associated to parasite resistance. In addition, this bird possesses a relatively simple MHC organization, and is one of only few species in which the two functional MHC class IIB genes can be amplified specifically. Using 454 technology, we sequenced exon 2 of the two MHC class IIB loci in a large number of individuals sampled throughout Europe (N=384) and Switzerland (N=960), for the latter of which information related to individual fitness is available (e.g. immunocompetence, parasite fecundity). We examined the effects of particular alleles and MHC diversity on these fitness parameters. First results indicate a positive effect of heterozygosity on parasite resistance, in agreement with expectations of the heterozygote advantage hypothesis. With the sampling across Europe we will be able to study spatial patterns of MHC diversity and evaluate if MHC genotypes are locally adapted or under balancing selection at the spatial scale. Therefore, this study provides interesting perspectives for the understanding of MHC evolutionary ecology.