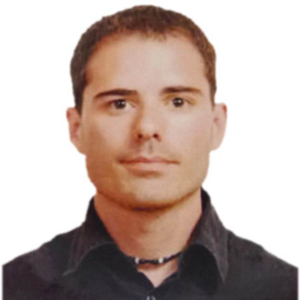 Supportive breeding is one of the last conservation strategies to avoid species from extinction when pressures exerted are difficult to solve. However, captive breeding may generate undesirable effects such as inbreeding depression, loss of genetic diversity or genetic adaptation to captivity that could be transferred to wild reinforced populations when a supplementation program is associated with the captive breeding. Several recommendations have been proposed to limit these deleterious effects but empirical assessments of such strategies remain scarce. Particularly, it might be difficult equalizing founders contribution in species with high reproductive skews where few individuals secure most of the copulations. We investigated potential genetic changes over generations in a supportive breeding of a lekking bird, the Houbara bustard. Using quantitative genetics based on a large pedigree dataset, we found that unintentional selection was occurring on life-history traits, particularly traits linked with reproduction leading to an increase of the breeding values. The main cause of this process might be the poor contribution of some breeders to the offspring. The situation seems difficult to avoid during the “growth phase” of the captive breeding consisting in quickly constituting a sizeable flock of adult breeders. Nevertheless, unintentional selection was decreasing over years, emphasizing the effort of managers to favour contribution of poor breeders in offspring recruited in the captive breeding. Besides, best captive-born breeders sired progeny that better survives once released in the wild, which would be expected under sexual selection. Our results shed light on very fast and strong genetic changes in a captive program that follows worldwide used recommendations. Decreasing the growth rate in the very early stages of the captive breeding should allow maximizing the contribution of poor breeders and reduce the risk of genetic changes.

Predation is assumed to select for signal uniformity and conspicuousness in aposematic species, but colour polymorphism is surprisingly common. Sexual selection can maintain colour polymorphism, but only a few studies have examined its role in the maintenance of polymorphism in aposematic species. Previous studies in the aposematic Wood Tiger moth, Parasemia plantaginis, suggest that the conspicuous yellow male morph is better defended against predators, whereas females seem to prefer to mate with the white morph offering one potential explanation for the maintenance of colour polymorphism. Here we test the possible direct benefits that female could gain by mating with white males by examining whether white males provide females with bigger spermatophores and more sperm and whether white males recover faster after mating than yellow males. Spermatophores of either white or yellow males were collected from recently mated females. To measure male recovery rate, the amount of fertile sperm stored in males’ reproductive tract was assessed in mated males over several days post-copulation. We found that white males transferred bigger spermatophores than yellow males, but this difference was found only in older males. No difference in the pattern of sperm recovery was observed between male morphs. Contrary to our prediction, we found slightly higher number of fertile sperm stored in the reproductive tract of yellow males compared to white males, regardless of the recovery period. One explanation is that white males invest more in sperm competition by producing more non-fertile sperm that may suppress female receptivity. This would result in bigger spermatophores but with reduced number of fertile sperm. White males might also transfer other compounds such as defensive chemicals into the spermatophore that may benefit females. Altogether our results suggest that fertilization benefits do not solely explain how colour polymorphism is maintained in P. plantaginis.