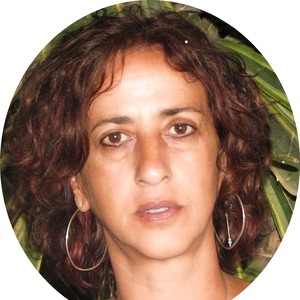 Vector-Pathogen-Plant dynamics are complex due to both direct and indirect interactions between the organisms involved. Key factors for the pathogen dissemination are the survival of its vector and its ability to transmit the pathogen into the plant. A possible conflict may arise between the pathogen and the vector if the pathogen host preference does not coincide with that of its vector. This is the case of the obligatory pathogen- Stolbur type phytoplasma (SP) and its vector- the planthopper Hyalsthes obsoletus; In Europe both share the same preferred host plant whereas in Israel the preferred host of one reduces life history fitness of the other.
This conflicting situation calls for a local ecological solution. We found that (1) in Israel SP is not present in the vector's preferred host- Vitex agnus-castus, although the vector feeding on this plant harbors SP. (2) Vines are the preferred and only host of SP in the area. (3) The vector can acquire SP from vines. (4) The vector cannot complete its life cycle on vines. (5) There is no vertical transmission of SP from the vector mother to her offspring. In Israel, unlike in Europe, the vector host plant is not commonly neighboring vineyards. Thus, reaching vines involves a cost to the vector of distance flying and leaving a suitable host for non-suitable plant. Apparently, the pathogen must apply a different strategy in order to disseminate between vines. Previous studies have shown that vector-borne pathogens can alter traits of their host plants and vectors in ways that influence their physiology and behavior. We suggest that the vector is "seduced" by the pathogen to change its behavior by real or assumed benefits. These benefits may be directly induced by the pathogen in the vector or indirect through a change caused by the pathogen to its host plant to attract the vector.