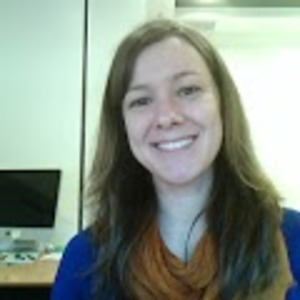 In organisms that are able to reproduce by self-fertilization (selfing) and by cross-fertilization (outcrossing), a fitness trade-off between both reproduction modes is necessary for them to be maintained during evolution. To assess if the maintenance of selfing and outcrossing at intermediate frequencies is in part due to the evolution of resource allocation towards the male or the female functions in hermaphrodites, we performed experimental evolution in Caenorhabditis elegans, an androdioecious nematode in which hermaphrodites are self-fertile but can also be cross-fertilized by males. For this, we characterized the reproductive schedules and the longevity of hermaphrodites under selfing or outcrossing with males that did not have the opportunity to evolve with them. Hermaphrodite life-history was compared to that of females, which evolved under similar environmental conditions but with obligate outcrossing. After 100 generations of evolution, the reproductive investment of hermaphrodites when selfed was shifted towards earlier ages, as expected with selection for early reproduction, together with an increase in mean longevity. When hermaphrodites were outcrossed no such changes in reproductive investment or longevity were observed. Like selfed hermaphrodites however, females from the obligate outcrossing populations showed increased earlier reproductive investment and increased longevity. These findings suggest that the fitness trade-off between selfing and outcrossing in experimental C. elegans populations is due to the evolution of resource allocation towards male functions in hermaphrodites.

Evolution of inbreeding and outbreeding depression revealed in 100 generations of laboratory adaptation in C. elegans

To understand the genetics underlying the evolution of inbreeding depression we performed experimental evolution in Caenorhabditis elegans for 100 generations under two different mating systems, where different inbreeding rates were imposed. Ancestral and evolved populations were tested upon enforced inbreeding for survival and also for the expected neutral diversity at 337 single-nucleotide polymorphism (SNPs) after inbreeding. Dioecious lineages inbred by sib mating underwent extinction at higher rates than androdioecious lineages inbred by selfing. In parallel, measurements of egg-to-adult viability over time showed that this fitness trait showed similar initial inbreeding depression at both mating systems, but different starting outbreeding depression. There was also evidence of selection for the maintenance of population structure during androdioecious evolution In contrast, and despite the complex dynamics, dioecious populations generally showed selection for population homogeneity. Our findings suggest that high inbreeding rates influence adaptation by efficient purging of deleterious recessive alleles which in turn create the opportunity for balancing selection. On the other hand, low inbreeding rates influence adaptation by the maintenance of deleterious recessive alleles and, possibly, by the maintenance of the locally-adapted sets of loci known to be common among wild C. elegans isolates.