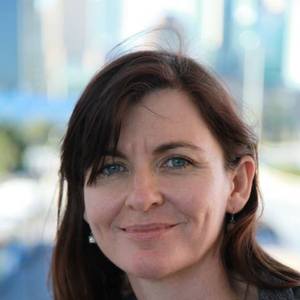 Host-pathogen interactions have the potential to influence broad scale ecological and evolutionary processes in host populations, influencing levels of endemism, divergence patterns and distributions. The development of localized co-adapted host-pathogen relationships could drive divergent selection and limit gene flow among populations of the same species or limit range expansions of closely related species. To examine the potential for pathogens to direct these types of processes in natural host populations, we explored the phylogenetic diversity and prevalence of avian malaria parasites, and the distribution of lineages across islands and host species, in southern Melanesian bird communities. We uncovered high avian malaria diversity, including many rare lineages, pointing to high estimates of undiscovered lineage richness in the region. While significant phylogeographic structuring of parasite lineages was detected, most genetic variation was distributed within rather than between island locations. Only a small number of lineages could be considered generalist with respect to host species infection. Parasite lineage-host associations were evident at the host family and host species level, and in a few cases, at the local host population level. Prevalence varied significantly among islands, but not among host species, and for three widely sampled host species, there was a significant interaction term demonstrating variation in prevalence in different populations of the same species. The heterogeneity demonstrated in both the complement and the prevalence of parasite lineages infecting local avian communities likely exposes species to a mosaic of disease-related selection pressures across their naturally fragmented distributions in southern Melanesia. Therefore interactions between avian malaria parasites and their avian hosts are an important factor to consider when examining avian divergence and distribution patterns in this region.