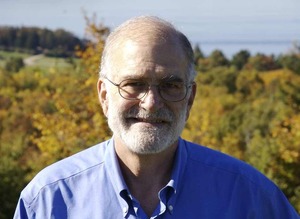 The demographic transition and the global burden of degenerative disease

I advance and support the hypothesis that the demographic transition uncovered previously minor costs of reproduction that now explain much of the global burden of degenerative disease. Prior to the demographic transition, alleles were selected that improved reproductive performance early in life at the cost of vulnerability to degenerative disease in the aged, a cost that was rarely realized when most died of infectious disease or in childbirth. When mortality rates dropped during and after the transition, more people started surviving to ages where these previously evolved vulnerabilities now make a difference. Available evidence suggests that some of our vulnerability to type 2 diabetes and cancer has this antagonistically pleiotropic property. We should be looking for more such evidence, for understanding the evolutionary origins of such diseases, including cardiovascular disease and dementia, is both interesting and potentially useful. Because antagonistic pleiotropy is a property culturally mimicked by education, here again is an issue where we need better understanding of how biological and cultural evolution interact to explain current patterns and processes.

In women born before 1940 in Framingham, Massachusetts, there was a significant negative correlation between number of children ever born and lifespan. Each additional child was associated with a reduction of about one year of life. Analysis of the 1500+ pedigrees containing 15,000+ people with an animal model that partially controlled for cultural and environmental effects yielded a large, significant, negative genetic correlation between children ever born and lifespan. A genome wide association study that looked for genes that alter the slope of the relationship between those two traits discovered several genes, some of which have previously been identified as involved in cancer. One, EOMES, has the sort of function one would expect of a gene that influences a tradeoff: its product affects many different processes. Statistical models with and without education as a covariate yielded results consistent with the idea that education is a cultural mimic of antagonistic pleiotropy: increases in level of education are associated with fewer children and longer life.