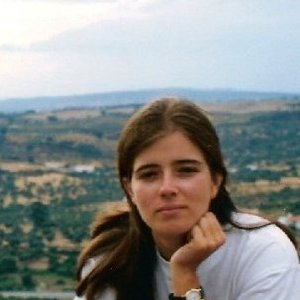 Adults of the tiger-fly, Coenosia attenuata Stein, are the only known predators of adult stages of important greenhouse crop pests such as whiteflies and leafminers. C. attenuata has been recognized as a potential biological control agent in greenhouses but no studies to date have been done to characterize the genetic variation and differentiation across the distribution range of the species. The phylogeographic study on samples from Europe, North and South America and Western Asia based on cytochrome oxidase I mitochondrial gene reveals generally high haplotype diversity but low nucleotide diversity, suggesting a recent expansion, and shows evidences of a recent colonization of North and South America from the Palearctic. The probable origin of the species within the Paleotropical region are discussed, as well as the dispersal patterns of the species and the dates of divergence of populations.

Phylogeographic structure of the spittlebug Philaenus spumarius (Hemiptera, Aphrophoridae) based on mitochondrial DNA and RAD sequencing

We investigated the evolutionary history of the meadow spittlebug Philaenus spumarius, a widespread and polyphagous insect species of the Holarctic region, limited in its range by the presence of enough humidity in the earlier life stages, and that has a remarkable dorsal colour/pattern polymorphism of the adults. The mitochondrial gene cytochrome c oxidase subunit I (COI) revealed three main haplogroups in Europe: the “western”, the “eastern-Mediterranean” and the “north-eastern” haplogroups, which overlapped in some regions. Evidence of recent divergence events at less than one million years ago in southern Mediterranean peninsulas followed by northward population expansions were found. Recent gene-flow events between the main southern peninsulas and between the Iberian Peninsula and North Africa were also detected. A probable British origin for the insular populations of the Azores and New Zealand was revealed, as well as multiple geographic origins for North American populations from western and northern Europe. Restriction site associated DNA (RAD) sequencing was also applied in a set of 8 populations from the different mitochondrial haplogroups and the differentiation patterns obtained from a set of over 15,000 SNPs were concordant with COI results and with a better resolved tree.

The genus Tettigettalna is composed of nine morphologically similar cicada species, being seven of these endemic to the southern Iberian Peninsula. Males produce calling songs to attract females for pair formation and reproduction. These acoustic signals are thought to be species-specific mate recognition systems with an important role in the maintenance of reproductive isolation among cicadas. Because some Tettigettalna species are often found in sympatry, we investigated the patterns of intra- and interspecific variation in male calling songs of both allopatric and sympatric populations of two sibling species, T. argentata and T. mariae. Morphometric and genetic analyses were also performed. The results confirmed the distinction of species-specific calling songs based on time variables, but the calling songs of both species recorded in sympatry were downshifted in sound frequency. Interspecific variation in morphology is low but both species revealed a significant increase in general body size in sympatric populations. Sequence analyses with one mitochondrial gene (cytochrome oxidase I) and two nuclear genes (calmodulin and elongation factor) revealed that T. argentata is geographically structured, forming two distinct clades (North and South) and that specimens of T. mariae cannot be entirely distinguished from those of T. argentata (clade South). The genetic diversity and the distribution range are much smaller for T. mariae than for T. argentata and most mitochondrial haplotypes detected in T. mariae are shared with T. argentata (clade South), which is usually found in sympatry and parapatry with T. mariae. The genetic overlap between this pair of sibling species might have been caused by incomplete lineage sorting or recent introgression. It remains unclear whether the differences in species-specific male songs are enough to fully prevent hybridization when these species are in sympatry.

The Iberian Peninsula is recognized as one of the most important refugia for temperate species during the cyclic climatic changes of the Plio-Pleistocene glacial periods. Mountainous regions within these refugia areas are also believed to retain high levels of endemism and genetic diversity due to the easily tracked suitable habitats by upward-downward movements. Here we examine population genetic structure, phylogeographic and demographic patterns of Lycaena bleusei, a butterfly species endemic to the Central Iberian Mountain System and contrast this to the patterns found for a congeneric widespread species, also occurring in the Iberian Peninsula, Lycaena tityrus. We use two molecular markers to understand if there is congruency in their evolutionary histories or, conversely, if different evolutionary drivers may have shaped these species differently. We find that the two species, which exhibit similar dispersal abilities and ecological requirements, show different demographic and genetic patterns. We hypothesize that these differences are due to the evolutionary forces acting on species that contracted to southern refugia during the Pleistocene and that, ultimately, drove to population differentiation and speciation. We also find evidence for hybridization events between these two species, with L. bleusei males coming in contact with L. tityrus females on a secondary contact zone described here for the first time.