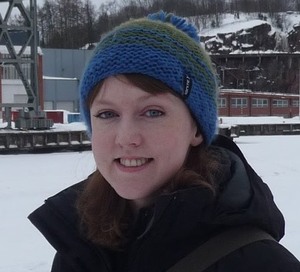 Sexual selection is assumed to be a source of strong and sustained directional selection in the wild, and is expected to lead to a decrease in underlying genetic variation. However, there is often considerable genetic variation in sexually-selected traits in wild populations and consequently, this phenomenon has become a long-discussed paradox in the field of evolutionary biology. In wild Soay sheep, large horns confer an advantage in strong intra-sexual competition, yet both sexes have an inherited polymorphism for horn type and have substantial genetic variation in their horn size. We pinpointed the causal genetic mechanisms influencing horn development using genome-wide association studies (GWAS) and fine-scale SNP genotyping. This allowed us to test the most commonly proposed explanations for the maintenance of sexually-selected genetic variation, such as genic capture (“good genes”), sexually antagonistic selection, and trade-offs between sexual and non-sexual fitness (i.e. reproductive success vs. survival). I present the evidence for and against these mechanisms in the Soay sheep population, and discuss the applications of these findings to other wild populations.