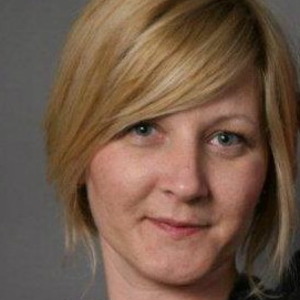 Reconstructing the origin and spread of yellow-necked mouse Apodemus flavicollis (Rodentia, Muridae) in the Balkans

The reconstruction of the glacial and postglacial history of species has been in a focus of many genetic researches. A comparative analysis of the levels and patterns of genetic variation across a range of Palaearctic animal taxa has revealed the existence of refugia in the Iberian, Italian and the Balkan peninsula. Numerous studies described the Serbia as a meeting point of different recolonization routes of A. flavicollis. The aim of this study is to assess the population divergence and effects of present and past microevolutionary processes on genetic differentiation of populations. Due to the existence of different natural barriers between populations, we expected to find different genetic lineages that survived last glaciations in independent local Balkan refugia. By using AFLPs, we found evidence for significant differences in genetic diversity and genetic differentiation between four populations that are relatively close in space, but separated by major barriers such as rivers. The analyzed populations formed three clusters, corresponding to the three genetic lineages that survived last glaciations in the Balkan refugia where they diverged separately. In silico data sets of genetic polymorphism under specified scenarios were generated by forwards-in-time and backwards-in-time simulators in order to describe the evolutionary history and genetic architecture of a species. The comparison of simulated data and real samples suggests that population divergence in A. flavicollis can be best explained through complicated migration scheme that includes spatial expansion followed by island model of population structure. The observed patterns are reviewed in terms of defining phylogeographic relationships among extant populations. In order to better understand the evolutionary history of the other species in Balkan refugia, divergence time estimates and the effects of geographic barriers to gene flow in general are going to be discussed

The genus Apodemus includes more than 20 species of field and forest mice, with some of them sharing similar morphologies and living in sympatry. Interspecific divergences were previously investigated by means of morphological, biochemical, karyological, and analyses of nuclear and mitochondrial gene sequences. The aim of this research was to describe the divergence among and within several Apodemus clades by comparing the structure of six microsatellite loci. Furthermore, the evolutionary distances among these clades were measured in the data sample of 1483 partial and complete cytochrome b sequences (GenBank accessions). Both microsatellite allelic diversity and polymorphism in presence and length data add to already established line of evidence on interspecific differences among Apodemus species. We strengthened the distinct position of subgenus Sylvaemus, and emphasized intraspecific diversity in A. sylvaticus. This intraspecific divergence in the presence of microsatellite loci was compared to divergences at the karyological level. Bearing in mind that a good phylogenetic framework contributes to the phylogenomic research, we pinpoint the optimal choice of sample size for next generation sequencing (NGS) and the populations of interest.