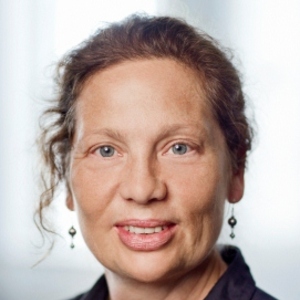 Mating systems strongly influence many aspects of species’ biology, among them the level and structure of genetic variation. Evolution of sociality in spiders is associated with a transition from outcrossing to inbreeding mating system. All known social spiders (~23 species) are relatively young species that recently evolved regular inbreeding. Social spiders live and mate in colonies of highly related individuals with, while their solitary sister species disperse before mating. In addition they show highly female biased sex ratio (~8:1), reproductive skew, and are characterized by strong meta-population dynamics. All these factors are predicted to affect their population genetic patterns towards low diversity and, depending on the strength of meta-population dynamics, high among-population variation due to reduced gene flow among populations. Stegodyphus sarasinorum is a social spider distributed across the Indian sub-continent and adjacent countries. Spiders were sampled over more than 3000 km from Sri Lanka in the south to Himalaya in the north with denser sampling in central India, and 17 coding loci were sequenced in all individuals. As predicted, the diversity was found to be very low, both at the population and the species level. Interestingly, at this level of sequencing no population differentiation could be identified, suggesting a strong homogenization of genetic variation over extremely large areas caused by meta-population dynamics.

The bacterial community of social spiders

The spider genus Stegodyphus is characterized by three independent origins of sociality where spiders form colonies by constructing a communal web. Mating occurs within the colony resulting in high levels of inbreeding and consequently in low genetic variation between colony members, moreover, colonies exhibit a highly female biased sex ratio. The persistence of these characteristics is challenging to explain from an evolutionary point of view, not in the least as the extent to which these traits are influenced by external factors remains unknown. Especially the bacterial community can potentially have profound effects on the evolutionary dynamics of sociality. Pathogenic bacteria can infect and spread rapidly in a colony due to aggregated group living and low genetic variation, explaining the observed, strong metapopulation dynamics in social species. The female biased sex ratio could in part be explained by the effects on reproduction by maternally inherited endosymbiont bacteria such as Wolbachia, Rickettisa,... As a first approach to elucidate this interaction we characterized the bacterial community using next generation sequencing techniques in social and solitary sister species. This provides us with a detailed overview of the bacterial diversity related to different levels of sociality and allows to identify key bacterial species that play a role in the evolution of sociality in spiders.