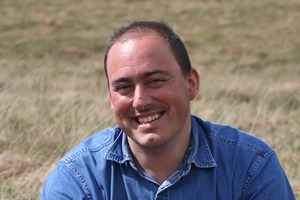 Tracking the dynamics of character distributions allows phenotypic evolution, life history evolution and the population ecology of a species to be studied simultaneously. In this presentation I will describe recent developments and applications of models that track such dynamics, and show how they have helped understand why rapid phenotypic and population change is so prevalent.

Density-dependent dispersal in Sable Island horses: rate and direction varies with sex and age but also scale at which density is assessed

Density-dependent dispersal is known for most species; why it evolves is of fundamental interest to ecology and evolution. In this context, we have yet to fully appreciate how individuals of varying conditions might differently perceive quorum in their decision whether to disperse, which may be scale-dependent. Using an individual-based field study, we demonstrate how dispersal rate in an island population of feral horses (Equus ferus caballus, Sable Island, Canada, 2008–2010) is positively density-dependent for all age and sex categories with respect to local density (breeding adults within 8000 m of a horse’s centroid location), but negatively density-dependent for males and positively density-dependent for females in relation to group (band) size. Dispersal was generally female-biased, with the exception of foals which moved with their mothers (no sex effect), and for yearlings and subadults when band sizes were smaller than average, in which case males dispersed at higher rates than females. Dispersal distance was positively related to local density. We conclude that dispersal rate can be both positively and negatively density-dependent for feral horses, contingent on the state of individuals and the scale at which quorum is assessed. Scale effects and interactions of density-dependent and sex- and age-biased dispersal may have both ecological and evolutionary consequences through effects on resource and mate competition.