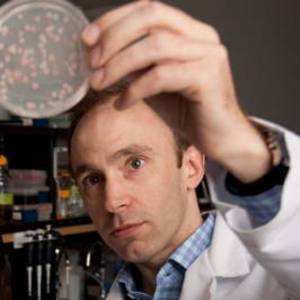 Epistasis and evolvability in experimentally evolved populations of Escherichia coli

Epistatic interactions between mutations play a prominent role in many evolutionary theories. Many studies have found that epistasis is widespread, but direct analyses of epistasis can be technically difficult and has not generally considered beneficial mutations. We analyse the effects of epistasis on fitness in a set of genotypes including all combinations of the first five beneficial mutations to fix in an experimental population of Escherichia coli. We show that epistasis depends strongly on the fitness effects of the combined mutations – the larger the expected benefit, the more negative the effect of epistasis on fitness. A similar pattern of interactions is also seen among a set of seven mutations that substituted in a population that was selected in an environment containing a combination of two sugars. Epistasis thus tended to follow a simple relationship of diminishing returns with genotype fitness. This observation supports a model that predicts negative epistasis explains a decelerating rate of adaptation as populations approach a fitness peak. Preliminary experiments are consistent with this prediction, finding that the effective size, but not rate, of beneficial mutations declines across a series of replay populations started from genotypes of progressively higher fitness.