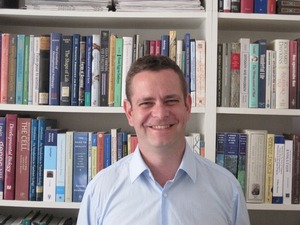 The genomic basis of molecular polymorphisms that underlie adaptive phenotypic differentiation remains poorly understood. A potentially very powerful approach towards resolving this fundamental problem is to combine experimental evolution with next generation sequencing (NGS). In the last two to three years, a handful of studies have begun to combine experimental evolution in Drosophila with NGS in order to uncover the genomic basis of phenotypic differentiation due to laboratory selection. In the first part of my talk, I will briefly review these recent efforts and highlight interesting aspects of their methods and results. In the second part of my talk, I will focus on the genomic basis of artificial selection for increased lifespan and late-life fertility in Drosophila. The first artificial selection experiments on Drosophila lifespan were carried out about 30 years ago by Michael Rose and Brian Charlesworth and, independently, by Leo Luckinbill and Robert Arking and collaborators. In 2011, Remolina et al. have performed the first analysis of genome-wide changes in response to 50 generations of artificial selection for increased lifespan in Drosophila. In their experiment, the authors identified many interesting longevity candidate genes that are associated with oogenesis, immunity, and proteolysis. I will compare their novel findings to our preliminary analysis of the genomes of the Luckinbill/Arking lines, which by now have undergone approximately 150 generations of laboratory selection for postponed senescence. I will address the key question of whether our study turns up the same candidates and pathways as found by Remolina and colleagues, or whether most candidates do not overlap, maybe because there exist many different genetic ways to evolve the same life history phenotype.

The impact of chromosomal inversions on genetic variation in natural and laboratory populations of D. melanogaster

Paracentric inversions are very common structural variants in many species of the genus Drosophila. Despite a large body of literature, still very little is known about the genetic mechanisms underlying inversion polymorphisms. Recent advances in sequencing technology now allow studying the distribution of genetic variation on a genome-wide level, which has reignited interest in the genomic basis of inversion evolution. To extend previous efforts we have combined karyotyping of polytene chromosomes with whole-genome sequencing in order to identify polymorphic inversions and examine associated haplotype structure in populations derived from a laboratory natural selection experiment in D. melanogaster. In addition, we combined information from 110 D. melanogaster genomes of known karyotype from Africa, Europe and North America to investigate patterns and distribution of fixed differences linked to different inversions. We used this novel dataset to estimate inversion frequencies from pooled next generation sequencing data (“Pool-Seq”) in our selection experiment and in populations collected along the North American and Australian latitudinal cline. Among six polymorphic inversions segregating in the experimental populations, two rare cosmopolitan inversions, In(3R)C and In(3R)Mo, showed a frequency increase consistent with non-neutral evolution. Genetic variation in and around In(3R)Mo was strongly reduced, consistent with previous findings from North America, and we found evidence for gene flux between this inversion and the non-inverted standard arrangement. Moreover, we identified a previously unknown latitudinal cline for In(3R)Mo in our Pool-Seq data from the North America east coast. Our novel data highlight the impact of inversions on patterns genetic variation and underline the importance of considering structural variants when attempting to detect patterns of adaptation.