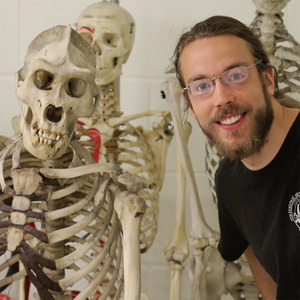 Evolutionary ecology and extinct species: how do fossils change our interpretation of present-day biodiversity patterns? Using primates as an example 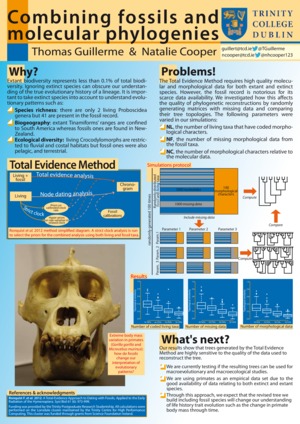 Studying events in the evolutionary history of a taxonomic group, such as adaptive radiation or extinction, requires a fine-scale and accurate resolution of their relationships through time. To achieve that, most scientists would agree that information about both extant and extinct species is needed. However few efforts have been made to combine extant and extinct species in the same phylogenetic trees, instead phylogenetic trees usually contain only extant species. Because the vast majority of species in a lineage will be represented by extinct species, studies focusing on extant species contain less than 0.1% of the lineage’s species richness. In some clades, ignoring extinct species may also obscure the true evolutionary history, species richness (i.e. Proboscidea), biogeography (i.e. Tinamiforms) or ecological diversity (i.e. Crocodilomorphs). Thus including the fossil record in these kinds of studies is essential to fully understand the evolutionary history of lineages. In this study, we constructed a new primate phylogeny based on Ronquist et al.'s (2012) Total Evidence Method. We used 73 genes from over 340 extant primates and approximately 350 morphological characters from over 250 species (half of which were extinct species). We applied phylogenetic comparative methods to investigate evolution of body mass variation through time in Primates. We show that taking account of extinct species morphological traits such as body mass affects the estimation of evolutionary rates especially among Lemuriforms (Strepsirhinni) where the evolutionary rates are highly increased.