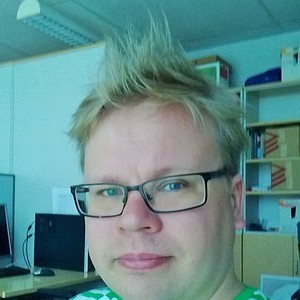 A newly discovered role of evolution in published consumer-resource dynamics

The consumer-resource relationship is central to population biology and evolutionary ecology. While the interaction is conceptually simple, the mechanisms behind the persistence of any given consumer-resource relationship vary and can be extremely complex. The interaction is generic: a majority of species participate as either consumer or resource, diner or dinner. Traditionally when population biologists interpret results, evolution is not considered to affect the population dynamics because ecological and evolutionary dynamics are assumed to occur on different time scales. Yet recent research has demonstrated that evolutionary change can happen rapidly and on the same time scale as ecological processes affecting population dynamics qualitatively.

In here we present a reanalysis of 21 consumer-resource data published over the last 80 years, approximately. Of the 21 published studies of consumer-resource dynamics we analyzed, evolution played a significant and substantial role in ten and a marginally significant role in another three, even though the original authors did not recognize its effect. In addition to a reanalysis of previously published data, we demonstrate via mathematical modeling how rapid prey evolution results in a transition from predator-prey dynamics with classical quarter-lag cycles, to anti-phase oscillations typical of eco-evolutionary dynamics and at the extreme, to cryptic cycling. We then show that this mechanism very likely explains dynamics observed in historical data, where possibility of rapid evolution was originally ignored. In general, our reanalysis suggests that evolutionary dynamics occurred in many of these, but the significance of qualitative features in the dynamics went unrecognized at the time. Furthermore, with more prey generations and larger population sizes the likelihood of evolutionary dynamics was higher.