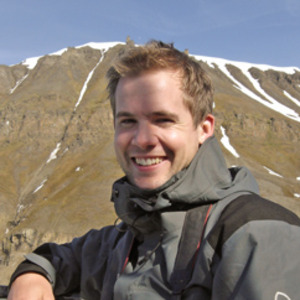 In age-structured populations, viability and fecundity selection of varying strength may occur in different age classes. On the basis of an original idea by Fisher of weighting individuals by their reproductive value, we show that the combined effect of selection on traits at different ages acts through the individual reproductive value defined as the stochastic contribution of an individual to the total reproductive value of the population the following year. The selection differential is a weighted sum of age-specific differentials that are the covariances between the phenotype and the age-specific relative fitness defined by the individual reproductive value. This enables estimation of weak selection on a multivariate quantitative character in populations with no density regulation by combinations of age-specific linear regressions of individual reproductive values on the traits. Demographic stochasticity produces random variation in fitness components in finite samples of individuals and affects the statistical inference of the temporal average directional selection as well as the magnitude of fluctuating selection. Uncertainties in parameter estimates and test power depend strongly on the demographic stochasticity. Large demographic variance results in large uncertainties in yearly estimates of selection that complicates detection of significant fluctuating selection. The method is illustrated by an analysis of age-specific selection in house sparrows on a fitness-related two-dimensional morphological trait, tarsus length and body mass of fledglings.