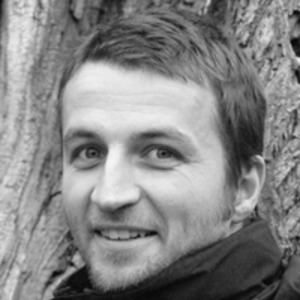 The marine midge Clunio marinus (Chironomidae, Diptera) is found in the rocky intertidal zone of the European Atlantic coast. Reproduction is timed to the tides by means of diurnal and lunar rhythms. As tidal regimes differ along the coast, populations of Clunio marinus display a variety of local genetic adaptations in diurnal and lunar timing. These adaptations offer unique opportunities to study the evolutionary forces that shape local adaptation in a one-dimensional habitat, the coastline.

Population genomic analysis revealed that the timing adaptations evolved within the last 20,000 years. Clunio marinus is restricted to rocky coasts. Populations from distinct rocky coasts, which are separated by long sandy stretches (e.g. Spain and the English Channel), are geographically isolated. This facilitated the evolution of timing adaptations. However, within stretches of continuous rocky coast there is little genetic differentiation between populations and timing adaptations are likely kept up by permanent local selection on the decisive loci.

Crossing experiments, linkage mapping and QTL analysis revealed that the timing adaptations are controlled by only three major effect loci, the effective genes within these loci still being unknown. Some of the QTLs are associated with large chromosomal re-arrangements and regions of suppressed recombination.

After assembling the Clunio marinus genome, population samples of the strains used in QTL mapping were re-sequenced and screened for strain-specific SNPs, insertion-deletions, inversions and transposable element insertions. Genome wide, this identified >600,000 genetic polymorphisms, but less than 1,000 of these sites have strain-specific alleles. Less than 100 strain-specific variants are within the QTLs, pointing to the decisive genes within the genomic islands of adaptation. Currently, the resulting candidate genes are being tested for their functional role in the local timing adaptations.