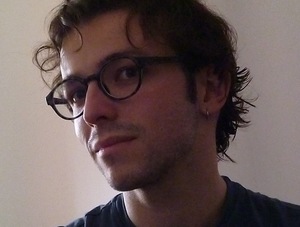 Can we predict the effect of thermal fluctuations on specialist and generalist reaction norms?

Reaction norms depict the environmental effects on phenotypic traits and are used to predict the global change consequences on organisms. However, studies performed at constant temperatures have limited ecological significance because expressed phenotypes depend on the range and frequency of environmental states. By using the Jensen’s Inequality (a mathematical property of nonlinear functions), we predict that the effect of thermal fluctuations on the phenotype depends on the shape of the reaction norm: a negative effect of the thermal fluctuations when the reaction norm is convex and a positive effect when the reaction norm is concave. This study measures the impact of diel fluctuations in developmental temperature on phenotypic expression of traits related to fitness and energetic resources in two strains of the parasitoid wasp Venturia canescens differing in their thermal sensitivity. In a first experiment, we compare the effect of a constant versus a fluctuating thermal regime having the same means (20, 25 and 30 °C) on reaction norms of life history traits and of energetic reserves. In a second experiment, we examine the effects of a natural thermoperiod in field on these traits. As predicted, our results show that the shape of the reaction norm defines the phenotypic changes induced by the development under fluctuating thermal conditions. Moreover, our results emphasize the significance of taking into account several phenotypic life history traits to study the adaptive value of phenotypic plasticity. We also show that the level of energetic resources depends on the mean developmental temperature and not on the thermal regime. Finally, the field experiment confirms that the phenotype of these parasitoids depends on the temperature variation. This is the first experimental study demonstrating that Jensen’s Inequality can quantitatively predict the effect of thermal fluctuations on life-history traits of an ectotherm species.

Serratia symbiotica from Aphis fabae: a step forward in understanding the genomic evolution of a lifestyle transition from free-living to aphid-dependent

Bacterial intracellular symbiosis is widespread in insects and exhibits a large variety of phenotypes, ranging from parasitism to mutualism. Aphids developed mutualistic relationships with different levels of dependency, from obligate to facultative endosymbiosis, and with various effects (e.g., metabolic complementation, increased resistance to parasites and thermal stress). Serratia symbiotica was described as a secondary endosymbiont found in many aphid families and playing a role in heat tolerance and protection against parasitoids. We argue that this bacterium represents a good model for studying the evolution of the aphid-endosymbiont relationship parallel with a lifestyle transition of this microorganism, from free-living to aphid-dependent. S. symbiotica can be a primary-like endosymbiont in the aphid Cinara cedri and a facultative endosymbiont in Acyrtosiphon pisum and Aphis fabae. The S. symbiotica strain found in A. fabae can also exist in free-living style, cultivated on artificial rich medium. In the present study the genome of the previously isolated strain of S. symbiotica CWBI 2.3 was sequenced and compared to the genome sequences of the uncultivable strains from A. pisum (strain Tucson) and C. cedri. The genome of S. symbiotica CWBI 2.3 was sequenced using Illumina and PacBio sequencing, resulting in a genome size of ~3.5 Mb, which is larger than both previously sequenced genomes of S. symbiotica but smaller than the genome sizes of free living Serratia species. The genome of S. symbiotica CWBI 2.3 is phylogenetically close to that of the strain Tucson, but it also presents some features that are more related to free-living bacteria, such as the capacity of synthesizing most of the amino acids. The functional and synteny analyses performed so far suggest that the genome of S. symbiotica CWBI 2.3 represents a relevant step in understanding the evolution of a lifestyle transition towards dependency on another organism.